Prime Minister Jacinda Ardern has arrived at the APEC summit saying talks to conclude the Trans Pacific Partnership are "down to the wire".

Discord has emerged between Japan and Canada over progress on the TPP trade deal as Japan said countries "agree in principle" on a way forward, but Canada said there was no such agreement. 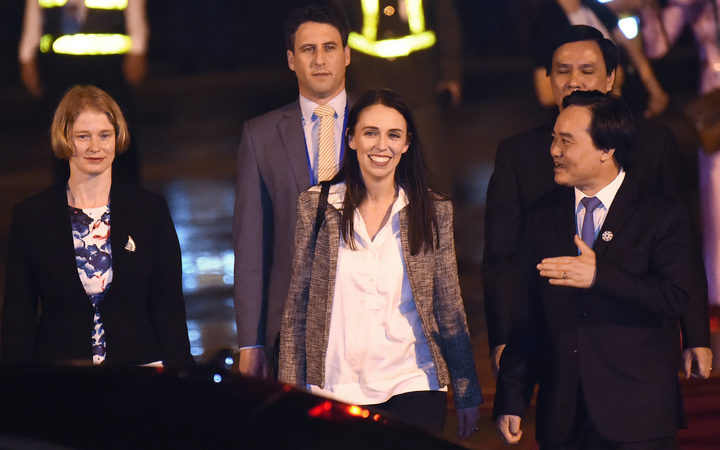 Trade ministers of the 11 countries involved, including New Zealand's David Parker, have been meeting on the sidelines of Apec at Danang in Vietnam.

Negotiations are expected to continue to the bert last minute.

New Zealand wants to drop the provisions on foreign corporations suing governments using overseas tribunals, but Ms Ardern admitted it had been tough going convincing others.

"I don't want to predict what way it will go. There are a number of issues still on the table. Not all of them are ours.

"We are pursuing our interests but other countries certainly have their issues they continue to pursue. We of course are continuing to focus on both trying to balance our exporters' needs but also our country's."

Ms Ardern doubted a TPP deal could be be done if if there was no agreement today.

"It's down to the wire of whether or not there will be [a TPP document signed]," she said.

Asked by reporters about the results of a meeting of TPP ministers, Japanese economy minister Toshimitsu Motegi said they "agree in principle", and had finalised "a list of suspensions" - clauses that would be suspended to avoid renegotiating the whole agreement.

But division emerged with Canada, whose trade minister later said there was no such agreement.

Trade Minister Francois-Philippe Champagne said on Twitter: "Despite reports, there is no agreement in principle on TPP."

Mexico's economy minister Ildefonso Guajardo, meanwhile, said a deal had been reached and Australian trade minister Steven Ciobo said the meeting was "very good". Other countries made no comment.

Ms Ardern will meet the leaders of Vietnam, Japan, Malaysia and Singapore ahead of the TPP leaders meeting, which takes place this evening.