Scores of people turned out to meet Jacinda Ardern for her first public appearance as Prime Minister in Auckland today. 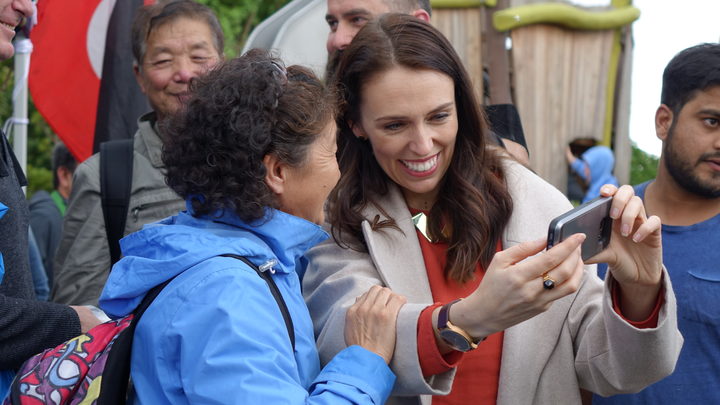 Jacinda Ardern said she wasn't daunted by all the requests for pictures. Photo: RNZ / Jessie Chiang

Ms Ardern was continuously stopped by supporters for pictures as she made her way around the Sandringham Street Festival, close to her Mount Albert home.

Christine Fifita and her three children were among the crowd gathered to meet the new leader.

"I've met her before and meeting her afterwards as the Prime Minister, she's still the same," she said.

"I think if she just continues being herself, that's what we love about her." 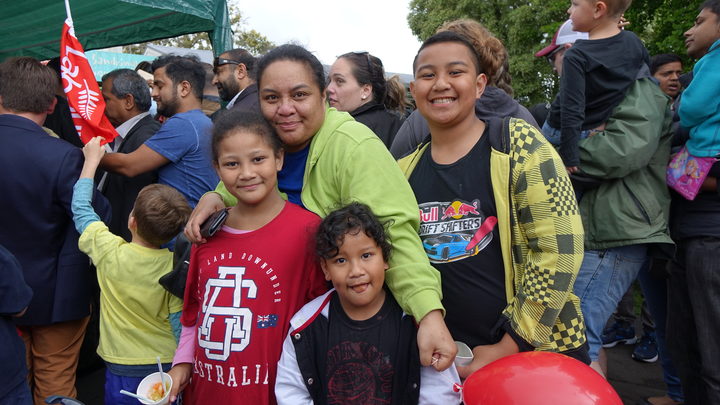 Christine Fifita and her three children standing in front of the crowd trying to take pictures with Jacinda Ardern. Photo: RNZ / Jessie Chiang

Dharmend Shyam, who also took a picture with the new Prime Minister, said he hoped she would fulfil her promises about housing.

"It's really hard to buy houses at the moment and I think she's working hard on it,"

International supporters of Ms Ardern were also at the event, including Irma Maierhofer from Australia.

"I've been around for a long time and there aren't a lot of politicians I would go 'yes' but I do for Jacinda," she said.

"She's setting an example ... for the rest of the country with her sense of transparency and intuitive sense of integrity." 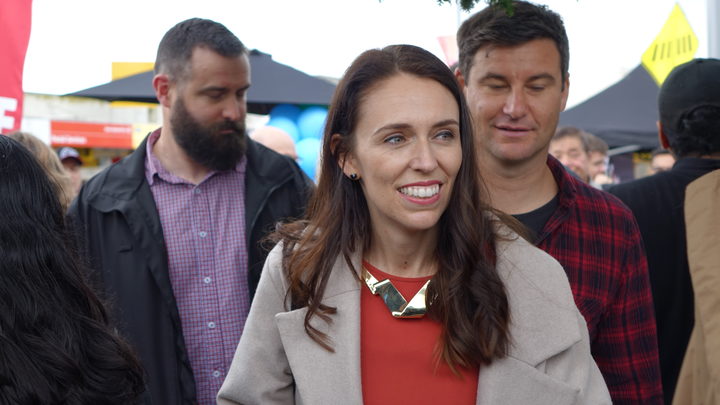 Ms Ardern said it had been a hugely warm reception from a fantastic community.

She said she wasn't daunted by all the requests for pictures.

"I take that as a sign of enthusiasm for the opportunity that now exists for our new government to take action on all the things we campaigned in," she said.

"I see that as support for that and it's nothing I'm ever going to get tired of."

Her partner Clarke Gayford, who was with her at the festival, said the turnout was great.

"This is our first public outing and it's just been so impressive watching everyone come out and just be so enthused and so excited about the change and what it means," he said.

While at the street festival, Ms Ardern said she rejected the idea that overseas countries would see the new government as protectionist and hostile to overseas investment.

The government plans to stop non-resident foreigners from buying houses, and also wants to see some changes to the Trans Pacific Partnership.

She said Labour was in favour of free trade and she would continue to advocate for exporters.

"We are an economy that welcomes foreign investment in the right areas, what we have contested is that investment from overseas buyers into our housing market is just making it too difficult for people to buy their first home in New Zealand, again we're simply doing what many other nations have made moves to do."

The Prime Minister also said she was prepared to talk to representatives of the film industry before changing the so-called Hobbit Law.

The law, passed in 2010, prevents actors and workers in the film sector from taking part in collective bargaining.

The government said it wanted to repeal that law in its first 100 days in office.

The Screen Industry Guild said it hoped the government would consult with them before acting.

Ms Ardern said she was happy to talk to the industry.

"What we've always contested is that those who wish to be contractors should be contractors, that will not change, but we also want to make sure that those who are functionally not contractors are not deemed to be ... I want to reiterate that we are going to sit down and work with industry as we work through these issues."