Prime Minister Jacinda Ardern has announced the Ministerial list for the incoming 52nd government. RNZ takes a closer look at the MPs named on the list. 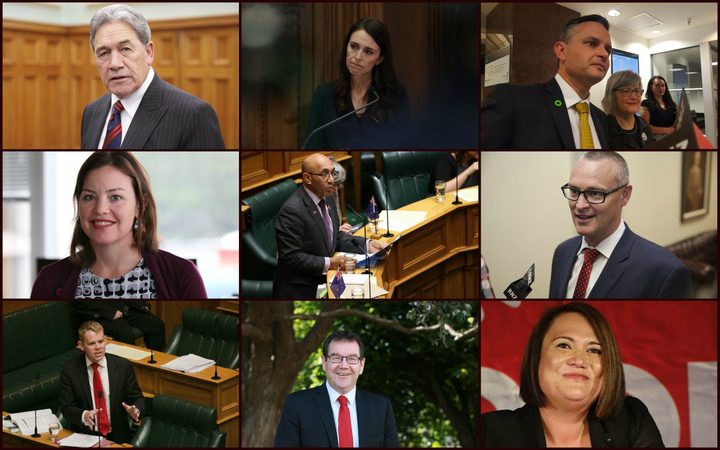 Jacinda Ardern, 37, is the Labour Party leader and has been a MP since 2008, first as a list MP and then as Mt Albert MP after winning a by-election in 2017. She became Labour Party leader after Andrew Little stepped down from the position in August. Prior to that she worked as a policy advisor in the UK Cabinet Office, as well as serving as president of the International Union of Socialist Youth.

* Minister for Arts, Culture and Heritage

* Minister for National Security and Intelligence

Winston Peters, 72, is the leader of NZ First. He was a member of parliament from 1978 to 2008, and again since 2011. In that time he was a government minister three times, fired twice and resigned once. RNZ summarised the greatest hits of his political career earlier this month. 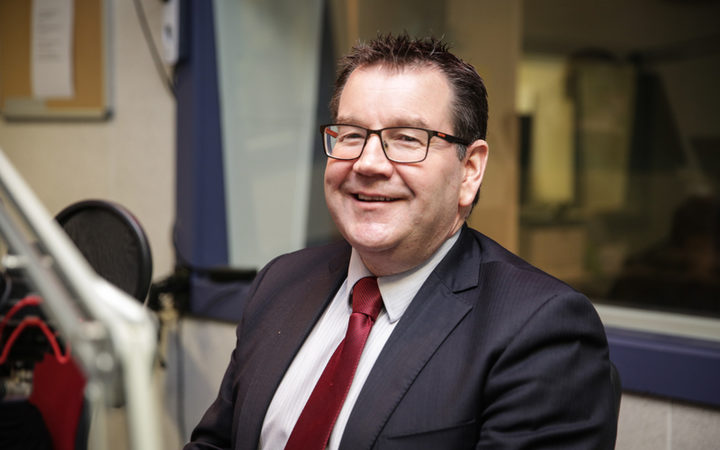 Grant Robertson (Labour), 45, has been MP for Wellington Central since he was first elected to Parliament in 2008. He has previously worked for the Ministry of Foreign Affairs and Trade managing New Zealand's foreign aid programme to Samoa, as well as working as a research business manager for the Wellington School of Medicine. In the lead up to the 2017 election, he spoke to Upbeat about the importance of the arts. He lives in Wellington.

* Minister for Sport and Recreation

Phil Twyford (Labour), 54, first came to Parliament as a list MP in 2008 and is now MP for Te Atatū. In the lead up to the election he spoke on a RNZ panel discussion on what the election means for Auckland. He was the founding executive director of Oxfam NZ where he worked during the 1990s and after that he worked for Oxfam International.

* Minister of Housing and Urban Development

Megan Woods (Labour), 43, came to Parliament as MP for Wigram in 2011. Her previous employment includes working as a business manager at Plant and Food Research, and she has a PhD in New Zealand history from the University of Canterbury.

* Minister of Energy and Resources

* Minister of Research, Science and Innovation 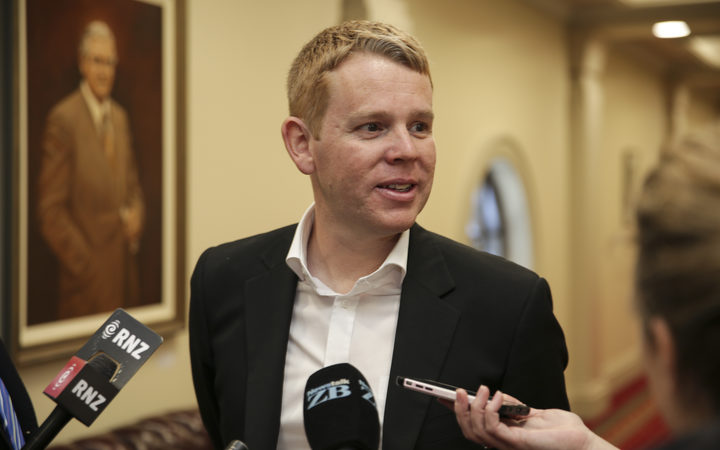 Chris Hipkins (Labour), 39, has been MP for Rimutaka since he came into Parliament in 2008. Prior to that he worked as a training consultant in the oil and gas industry and co-ordinated education programme approvals in the UK health sector. The outgoing speaker of the house, David Carter, has praised Mr Hipkins for his skill in Question Time.

Andrew Little (Labour), 52, entered Parliament in 2011 and was Labour Party leader from 2014 until August 2017 when he stood down prior to the election after Labour did poorly in the polls. Prior to entering Parliament he was national secretary for the Engineers Union.

* Minister Responsible for the GCSB

* Minister Responsible for the NZSIS

* Minister for Treaty of Waitangi Negotiations

Carmel Sepuloni (Labour) first came to Parliament in 2008 as a list MP and has been MP for Kelston since 2014. Prior to that she had worked broadly across both the education and health sectors including as chief executive of Vaka Tautua (the only national Pacific health provider) and as an equity manager at the University of Auckland.

David Clark (Labour), 44, has been a MP since 2011 and is MP for Dunedin North. He is also a Presbyterian minister and celebrant and prior to entering Parliament served as deputy chair of the Otago Community Trust. He has worked as a Treasury analyst and the warden of Selwyn College at Otago University. Dr Clark has a doctorate from Otago University.

David Parker (Labour) was first elected to Parliament in 2002 and is currently a list MP. Mr Parker served in a number of ministerial positions and as Attorney-General under the Helen Clark government. Prior to entering Parliament he was involved in many businesses and is an experienced chief executive and company director. He splits his time between Dunedin and Auckland.

* Minister for the Environment

*Minister for Trade and Export Growth 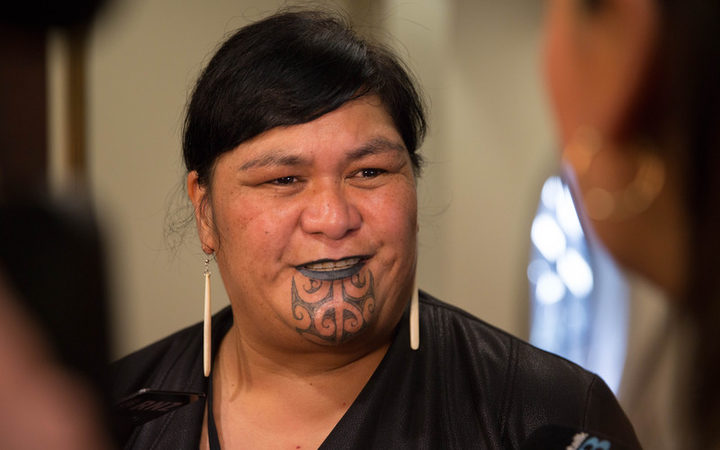 Nanaia Mahuta (Labour), 47, first entered Parliament in 1996 as a list MP. In the 2017 election, her cousin Rahui Papa, a Tainui leader, announced he was going to stand for the Māori Party in the Hauraki-Waikato seat, one Ms Mahuta has held since 2008. Ms Mahuta won the seat. Ms Mahuta was a minister in Helen Clark's Labour government. She has close ties to the Kingitanga movement.

Iain Lees-Galloway (Labour), 39, has been MP for Palmerston North since he was elected to Parliament in 2008 and prior to that worked for the Nurses Organisation as a campaigns and media advisor.

* Minister for Workplace Relations and Safety

Jenny Salesa (Labour) was elected to Parliament in 2014 as MP for Manukau East. Shortly after her election she spoke to Sunday about what she hoped to bring to the South Auckland electorate. Prior to joining Parliament she was the principal advisor pacific at the Tertiary Education Commission. She was born and raised in Tonga before moving to Auckland.

* Minister for Building and Construction 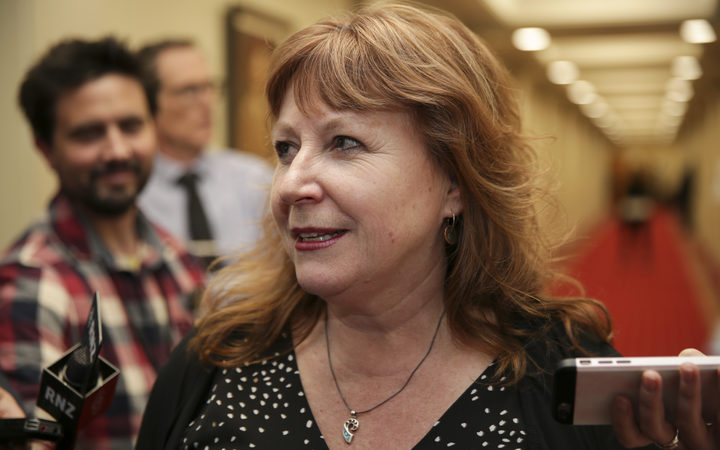 Clare Curran (Labour) has been MP for Dunedin South since 2008 and prior to that founded a business specialising in public relations. Ms Curran has also worked as a journalist and for the Australian Council of Trade Unions. Earlier this year she camped out in Dunedin's Octagon to highlight homelessness.

Ron Mark, 63, is the deputy leader of NZ First. He was elected to Parliament in 1996 as a NZ First list MP. In 2010 he was elected mayor of Carterton, and was re-elected in 2013, before returning to Parliament in 2014. In 2015 he courted controversy when he told the Korean-born National MP Melissa Lee to go back to Korea if she doesn't like the way things are done in this country. Before entering politics he served in the New Zealand Army and the Sultan of Oman's Land Forces and the Sultan's Special Force in the Dhofar.

Tracey Martin was elected as a NZ First list member in 2011, and was the party's deputy leader from 2014 until 2015. Ms Martin started her career in the education sector, and holds a position as Chair of the Board for Mahurangi College. Ahead of the election, she spoke to Upbeat about whether National Standards are degrading arts and music in education.

Shane Jones (NZ First), 58, first joined Parliament in 2005 with the Labour Party. In 2010 it was found he had been misusing his ministerial credit card and was removed from the parliamentary front bench by then party leader Phil Goff and stripped fo his shadow portfolios. He stepped down as a Labour Party MP in 2014, and re-entered politics in 2017 when he announced his intention to stand for NZ First in Whangarei. 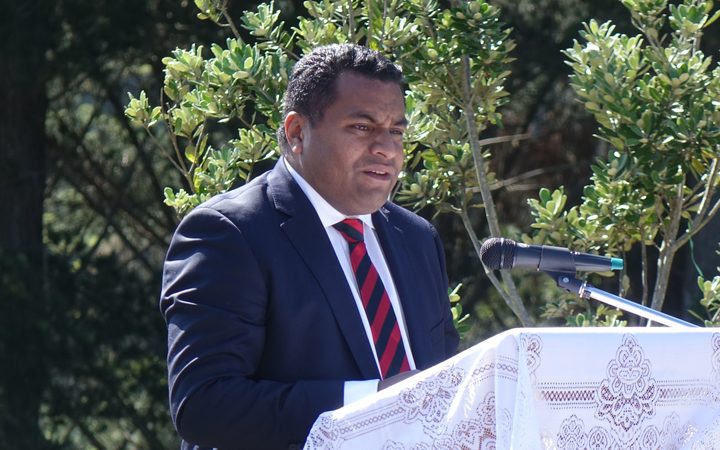 Kris Faafoi (Labour), 40, was elected as an MP for Mana in 2010 following the resignation of Luamanuvao Winnie Laban. He was the first MP from Tokelau. Before politics he worked as a television journalist for TVNZ and BBC World

* Minister of Commerce and Consumer Affairs

Peeni Henare (Labour) was elected to Parliament in 2014, representing the Tāmaki Makaurau Māori electorate. He spoke to Saturday Morning about New Zealand's Northern War, as part of his feature in RNZ's Stories of Ruapekapeka series, which starts this week.

* Minister for the Community and Voluntary Sector

Willie Jackson (Labour) initially joined Parliament in 1999 as a list MP with the Alliance party. He left Parliament in 2002 as deputy leader of Alliance when the party failed to win any seats. He returned to politics this year after he was approached by Andrew Little. He also held high profile positions as a broadcaster and political commentator. Aupito William Sio (Labour) has been the MP for Māngere since 2008. Prior to entering Parliament, he has been a public servant and a trade unionist in both New Zealand and in the Pacific region. Mr Sio is Samoan-born, and now lives in Auckland.

Meka Whaitiri (Labour), 52, was elected to Parliament when she won the Ikaroa-Rāwhiti by-election in 2013. In the lead up to the 2017 election [Te Ikaroa-Rāwhiti she participated in a debate with the other Te Ikaroa-Rāwhiti candidates]. She also spent four years as the Chief Executive of Ngāti Kahungunu Iwi Incorporated. 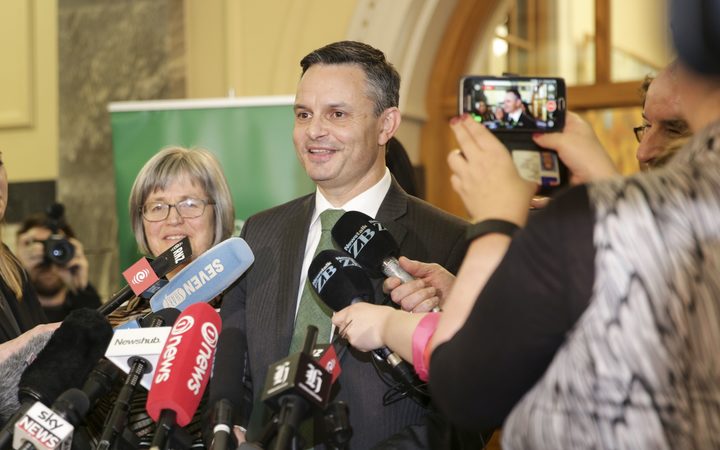 James Shaw, 44, is the Green Party leader. He was appointed the role of co-leader in 2015 after being elected to Parliament as a list MP in 2014. He described the 2017 election as the 'fight of [his life', after the party's polling dropped following his co-leader Metiria Turei's resignation]. Prior to joining Parliament he lived in London for 12 years, where he was a management consultant.

Julie-Anne Genter (Green Party), 37, has been a MP since 2011 and prior to becoming a MP, Ms Genter was a transport consultant. In the lead up to the 2017 election, she participated in a RNZ panel discussion about young women in politics. She lives in Auckland and is American-born.

Eugenie Sage (Green Party), 47, has been a MP since 2011 and prior to that worked for Forest and Bird and is a former member of the Canterbury Regional Council. She entered politics through campaigns for the protection of Canterbury's rivers and groundwater, and still speaks up on the issue. 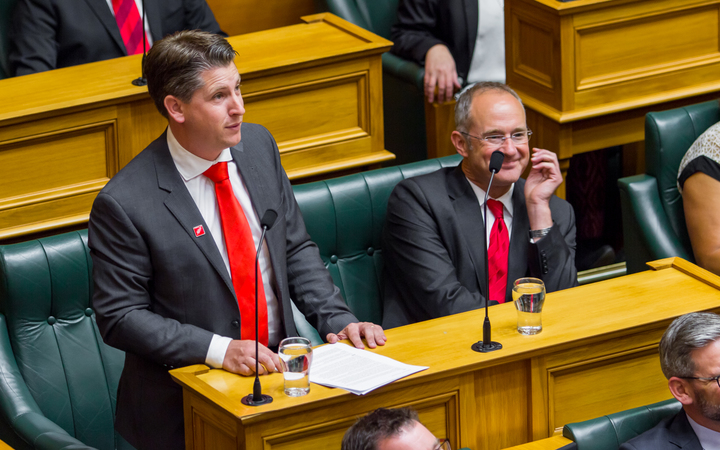 Michael Wood Photo: Supplied / The Office of the Clerk

Michael Wood (Labour), 37, has been a MP since 2016, when he won the Mt Roskill seat in a by-election following Phil Goff's win in the Auckland mayoral election. He spoke to Morning Report about his hopes for the Mt Roskill electorate in the lead up to the by-election. His bio on the Labour Party website also notes that he 'likes to listen to deeply unfashionable 70s rock'.

* Parliamentary Under-Secretary to the Minister for Ethnic Communities

Fletcher Tabuteau (NZ First) was elected to Parliament at the 2014 election. He has previously worked in consulting, specialising in marketing and business communications, and has worked in the education sector in Rotorua, where he lives.

* Parliamentary Under-Secretary to the Minister of Foreign Affairs

* Parliamentary Under-Secretary to the Minister for Regional Economic Development

Jan Logie, 47, has been a MP since 2011 and worked for Women's Refuge, the University Students' Association and the YWCA before entering Parliament. In Parliament she has advocated for people affected by domestic and sexual violence. She was detained in Sri Lanka in 2013 while highlighting human rights abuses.