Incoming deputy prime minister Winston Peters says there needs to be a better relationship with Australia and more understanding of the Asia-Pacific region. 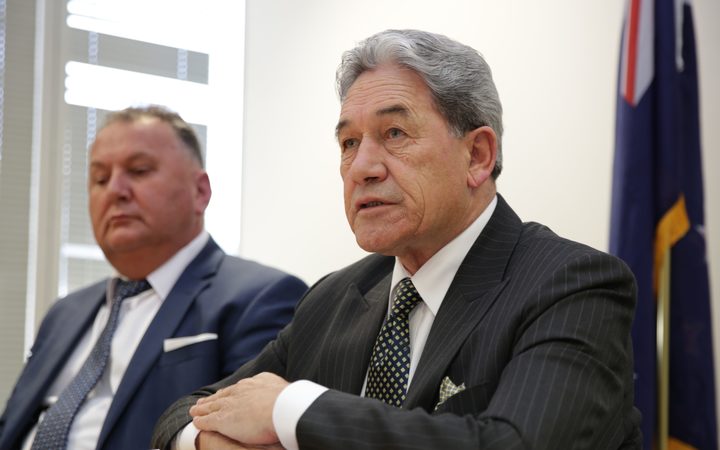 At a news conference after the Government's portfolio announcement, Mr Peters said he brought experience to foreign affairs.

"The last time I had the job I spent a lot of time to turn around our relationship with the United States ... and there are a number of things internationally which I think New Zealand has got a capability of having a strong voice on.

"We do not think that North Korea is an utterly hopeless case ... we need to better understand that region."

"The movement to understanding that our neighbourhood was our number one priority has been going on for some time. The second thing is we do need to be a good international neighbour.

"I hope this time when we talk about punching above our weight we have the resources to justify that statement."

"I am concerned about any growth in nuclear weaponry whether it be in Iran or North Korea."

Mr Peters said he was expecting to speak to Australia's Foreign Minister, Julie Bishop, today and there were aspects of the trans-Tasman relationship that needed work.

"I think there's a way that we can work our way through this.

"There's certainly a lot of areas which I don't want to outline now that we have to work seriously on to better our relationship with Australia.

"I think we can't deny it that here we are in October 2017 and our relationship is not what it should be. I think everybody in this coalition understands that."

"I know the history of New Zealand railways ... they can be like other world class railways."

On minimum wage and small businesses, Mr Peters said: "We are a low-wage economy in comparison to Australia. It is facing the bare cold facts, stark as they are, of the difference between pay, occupation by occupation, trade by trade, New Zealand and Australia.

In a wide-ranging press conference, Mr Peters and the incoming New Zealand First ministers also discussed fisheries, forestry, and the Ngāpuhi settlement, which he said was looking "much brighter".

Ron Mark, the incoming defence minister, said he would run a ruler over defence procurement, which has been allocated $20 billion over the next 15 years.

"I think I'll wait for my briefing. I really want to see where they're up to ... and what it is the taxpayer can expect to get for their money."

Shane Jones, the incoming minister for development, infrastructure and transport, said the full extent of a regional development $1 billion fund would be available once there had been briefings.

"We're going to meet the capital costs of rolling out the billion tree [planting strategy]. We're going to use it for neglected provincial infrastructure projects, some of which will be rail. There's already been a host of requests from regional airports.

"Each year there's going to be per annum a billion dollars' worth of funding, the vast majority is dedicated to the capital projects that people tell us have been neglected over the last nine years," Mr Jones said.

About one million hectares were plantation forests, and there was a lot of enthusiasm for some Crown land to be re-vegetated with native forests, he said.

Mr Peters, at the beginning of the 50-minute news conference, said it was about the "size and character" of the portfolios and a budget policy.

"We're not going to take the position of saying 'that's ours and ours alone' and so demarcating of who got what and where in a financial context does not apply in some parts of the budget."

The party has been allocated four ministerial portfolios and an under-secretary position: