There's hope closure is finally within grasp for the families of those killed in the Pike River Mine disaster.

The Pike River Mine, where 29 men were killed by an explosion inside the mine. Photo: RNZ

The new coalition government has announced its support for re-entry into the mine, to retrieve the remains of the 29 men killed, almost seven years ago.

They've also promised to assign a minister who will be in charge of the re-entry. 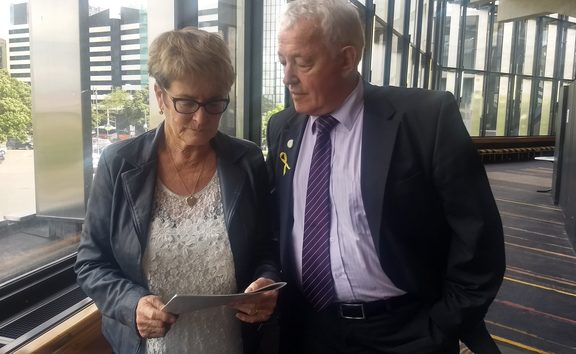 Bernie and Kath Monk, who lost their son Michael in the disaster, said they were extremely pleased to hear the country will be run under a new government.

Mr Monk was optimistic the new government would act quickly.

"We've always said it will be in the first 100 days. Our overseas experts have all worked very hard and we've put submissions into the powers that be already."

However, Pike River widow Anna Osbourne believed there may still be a lengthy wait to come.

"It's going to take time. It's still not going to be an easy job, but we do know our experts in mine rescue are very keen and capable to get on with the job. We've waited nearly seven years for anyone to listen to us," she said

Ms Osbourne and Mr Monk were both confident the government would follow through on their promise to designate a minister to take charge of the retrieval mission.

"I feel like we can't take too much of a breather, because we've got to keep them honest, but I do feel like we're on the right track," Ms Osbourne said.

Mr Monk said whatever the wait, it won't be as bad as what the families have already had to go through under the previous government.

"In the past, the families have done a lot to make this happen, and we haven't been listened to. Now we've got three parties that are listening to us and we know and we feel in our hearts that things are definitely going to happen now."

Incoming Prime Minister Jacinda Ardern is expected to make an announcement on the new ministerial positions this week.