National's finance spokesman Steven Joyce is sticking to his guns about Labour not having enough money to carry out its promised programme. 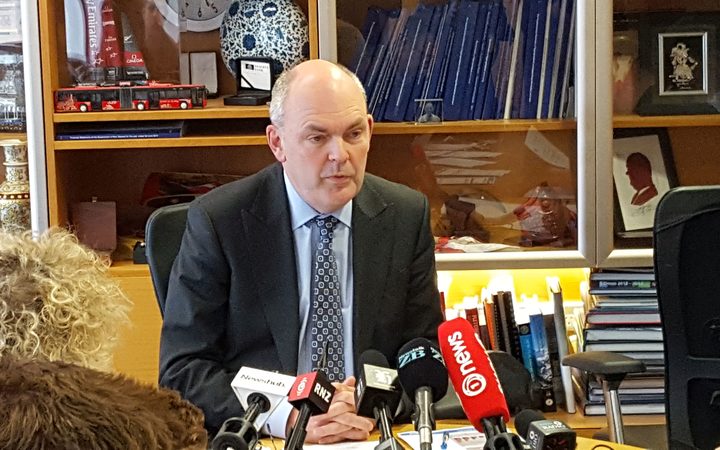 Steven Joyce was criticised by economists over his claim that Labour had an $11.7 billion hole in its figures. Photo: RNZ / Craig McCulloch

Before the election, Mr Joyce claimed Labour had an $11 billion hole in its budget after it had mistakenly not accounted for rolling out operational allowances year on year, despite a series of economists saying he was wrong.

Speaking to Morning Report today, Mr Joyce said he hoped he was wrong about the $11 billion calculation, but he feared time would prove him right.

He said the new government was already promising more money than it had.

"Grant Robertson has a major problem - he's like that guy who is going away on holiday and trying to fit three suitcases worth of stuff into one suitcase. That's his problem.

"It's not just that, it's really important for New Zealand. It's not about a 'he said/she said', I don't care if I'm proven right or wrong. In fact, I'd rather be proven wrong, because then New Zealand's expenditure would be under control. But sadly, I have a sneaking suspicion I will be proven right over time."