More money or more social spending? - Kiwis have their say

WATCH: Jacinda Ardern and Bill English have made big promises about the kind of New Zealander they want to help. But who are they and what do they care about? 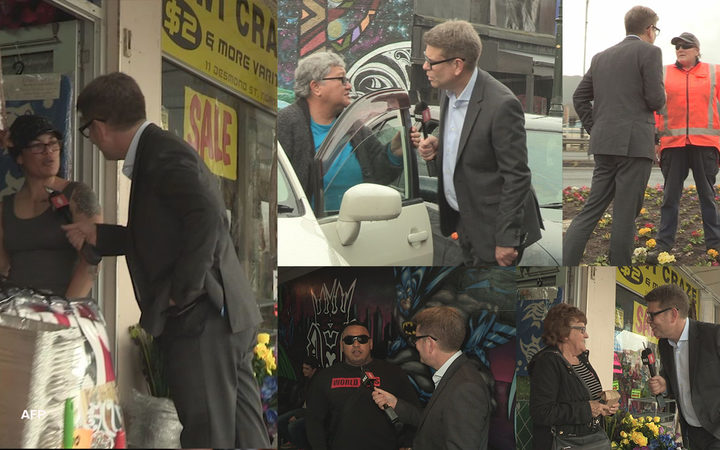 John Campbell talks to locals in Ngāruawāhia about the issues that matter most to them ahead of the election. Photo: RNZ/ Bradley White

Horotiu meatworkers were dragged into the election campaign this week, used as an example of the average Kiwi worker who would benefit - or not - from the policies of the major parties.

National leader Bill English visited the Affco meatworks in the town earlier this week, and in last night's first debate between the two major leaders, he cited the workers as potential beneficiaries of National's income tax cuts, implicitly recruiting them as part of National's campaign.

John Campbell and cameraman Bradley White headed to the Waikato town today to find out what the locals make of it all: