Analysis - The Green Party has been in Parliament for 18 years, and while it has had deals in the past with both National and Labour, none of its MPs have ever held ministerial posts. 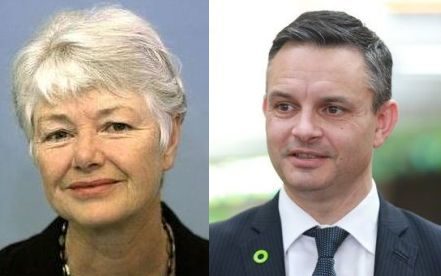 In 1999, it was the special votes that got the Greens over the 5 percent threshold and won Jeanette Fitzsimons the Coromandel seat.

During that term of Parliament the Greens supported the Labour-Alliance government with confidence and supply, although Ms Fitzsimons said the deal was never written down as the Alliance did not want to admit it existed.

"But we did work it through with Labour and I remember things like stopping the logging of old growth forest on the West Coast, the moratorium on genetic engineering after we'd had a Royal Commission of Inquiry into the impacts of GE on New Zealand.

"There was the shifting of some transport funding out of roads into rail and public transport, some of those things were quite big."

The Green Party also won a number of small budget allocations under Labour as well - the total through that term was almost $55 million.

The Greens did not have a support deal with Labour in 2002, but Jeanette Fitzsimons said in 2005 it abstained on matters of confidence and supply in exchange for positions for the co-leaders that were like cabinet positions, but didn't have the title or the funding.

"So, for example, I was asked to run the government's programme on energy efficiency and a solar energy campaign for households, and Rod [Donald] was asked to run a Buy Kiwi Made programme, and he did for the next two weeks until he died tragically, but Sue Bradford took that one over, and we got change in those two areas."

A law giving 16 and 17-year-olds the same rate of pay as other employees was also passed, as well as the flexible working hours law, a law allowing mothers to keep their babies in prison with them until they are two years old, and the Clean Slate Act which was adapted from Nandor Tanzcos' members bill.

Former MP Sue Bradford had three bills passed, the most famous of which was the repeal of section 59 of the Crimes Act: the child discipline, or 'smacking' law which meant parents would not be prosecuted for physically disciplining their child.

When National took office in 2008 it signed a Memorandum of Understanding with the Greens where the two parties worked together on the home insulation scheme, energy efficiency and the regulation of natural health products.

In 2011 the deal was renewed, and then-prime minister John Key was keen to take it up a notch and discuss an abstention deal (where the Greens would agree not to vote on confidence and supply votes), but Greens co-leader at the time Metiria Turei said they were not keen.

The MoU that term saw National and the Greens work together again on home insulation and also clean up several toxic sites around the country, and work together on the national cycle trails network.

Mr Key canned the deal before the 2014 election however, saying that while they had done some good work together it had become clear the Greens did just not want to be with National.

Ms Fitzsimons said at her count there were more than 100 items and initiatives where the Greens had produced positive change in Parliament.

She said for a small party the Greens had always punched above their weight and would continue to do so.