Former Green MPs are rubbishing the prospect of the party doing any deal with National, with some chalking up such talk as 'mischief-making'. 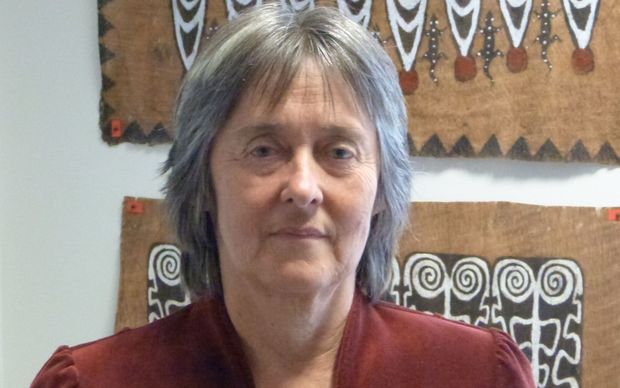 "I would rather drink hemlock than go to the National Party," said former Green MP Catherine Delahunty. Photo: SUPPLIED

National deputy leader Paula Bennett this morning told the AM Show on Newshub that her party would "quite like" to talk to the Greens about the possibility of forming a government.

Green co-leader James Shaw has previously played down the idea, but said he'd have to listen to an offer if National called.

But Green Party sources spoken to by RNZ say there's "no chance" of a deal and that members would consider it a broken promise of the highest order.

Mr Shaw would likely lose the leadership for even suggesting it, one source said.

The Green Party constitution requires at least 75 percent of its members at a special general meeting to sign off any coalition deal.

Former MP Catherine Delahunty said there was "a snowball's chance in hell" that members would back such an arrangement.

"I would rather drink hemlock than go with the National Party," she said.

"The last thing I want to see is the Green Party or any other party propping them up to put them back into power. They've done enough damage."

She said National was just floating the possibility to try strengthen its hand with New Zealand First.

"This is just a whole lot of political manoeuvring by the National Party and others who would like to give Winston something to worry about.

"It's not even worth speculating about."

Former Green MP Steffan Browning dismissed the idea of his party forming a government with National, saying their principles are incompatible.

"The National party lied about Labour's fiscal intentions. That is dirty politics, it has got dirty results. National is full of it," he said.

The former MP David Clendon - who resigned in protest over Metiria Turei's benefit scandal - said a Green-National deal in 2017 was not a viable option.

He said he personally believed the Greens' decision to fashion themselves as a party of the left was "a little bit retrograde".

"Longer-term, the Greens should be open to coalition deals, but it has to be a compatible policy platform.

"At this point, the policy differences are just too great to bridge... The fact that National's still talking about oil exploration, motorway development."

He said members would also be very aware of the recent fate of the Māori Party which voters ejected from Parliament after its governing arrangement with National.

Another former MP, Mojo Mathers, took to Twitter to disparage the idea of a deal with National.

Oh my, National love the Greens now do they? Pity they couldn't show some love for the environment over the last 9 years. #NoGreenWash

"Oh my, National love the Greens now do they? Pity they couldn't show some love for the environment over the last 9 years. #NoGreenWash

Leaders unlikely to have held direct discussions yet

Nearly a week on from the election, neither National leader Bill English nor Labour leader Jacinda Ardern appear to have spoken directly with New Zealand First leader Winston Peters.

However, senior staff from both major parties have been in contact with New Zealand First.

The National and Labour leaders each need the support of New Zealand First to form a government - and Labour needs the Greens as well.

Ms Ardern initially suggested she would reach out to Mr Peters later this week, but then said she was giving him time and was willing to talk when he was ready.

Mr English said discussions were taking place about setting up a meeting this week.

Mr Peters said his party wouldn't decide who to support until all the special votes were counted and the final election tally was revealed on Saturday week.

However, he has left the door open for talks to begin before then.