There will be "a lot of blood on the floor" before a new government is formed, former United Future leader Peter Dunne says. 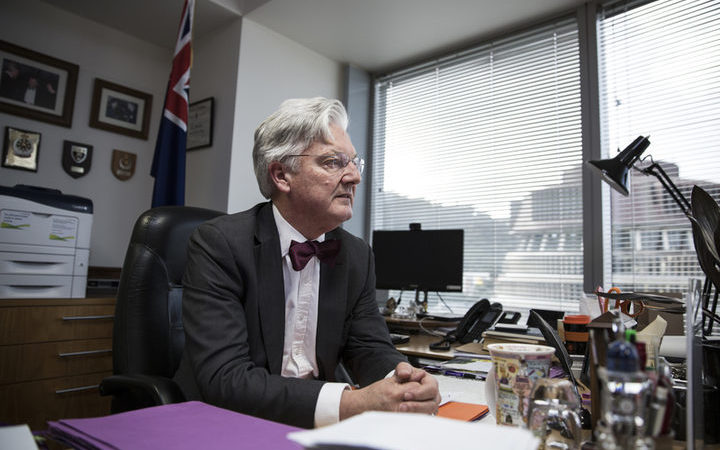 Mr Dunne, who stepped down during the election campaign, has been involved in coalition negotiations with both Labour and National over the years.

A coalition between National and New Zealand First was more likely than a three-way agreement between Labour, New Zealand First and the Greens, simply because a two-party partnership was easier to negotiate and then maintain, he said.

"That would be neatest and cleanest."

"But there's going to be a lot of blood on the floor before that happens."

Mr Peters' personality was proving to be a factor in the negotiations "and that's got the seeds of its own destruction laid right within it", he said.

"Mr Peters has a well-known and well-developed sense of utu... The question is how much that comes into play.

"If it's significant and it's clearly about revenge ... then this will be a very short-term coalition."

Mr Peters had been left in a deciding role because National and Labour had both burned off potential support partners over the years, Mr Dunne said.

New Zealand First could be cut out of government if National and the Greens were willing to negotiate, he said.

"The best option in my view ... is for the Greens to be very bold, work out that they could make significant changes on climate change policy, and go with National."

The Green Party membership was unlikely to allow that, Mr Dunne said.

"But long-term it would break the mould for the Greens, it would actually get them for the first time ... in the door of government where they can actually do things, and I think they've got more compatibility with National than they care to admit."

The largest party ultimately forming the government was the custom so far, but policy compatibility was the most important factor, he said.

"You've got to get a combination of 61 votes in Parliament and how that's brought together in a way that is stable is the key."

Mr Peters is due to arrive at Parliament today to begin discussing coalition options with his colleagues.

He has said he would not agree on a deal until the special vote count is known on 7 October.

Labour leader Jacinda Ardern is putting together teams to negotiate with New Zealand First and the Greens about a possible coalition government.

She will helm the discussions, together with deputy leader Kelvin Davis.

National Party leader Bill English said he would not finalise his negotiating team until he had heard from Mr Peters.