Opinion - The day after the night before, some things have become clear while some things remain uncertain. 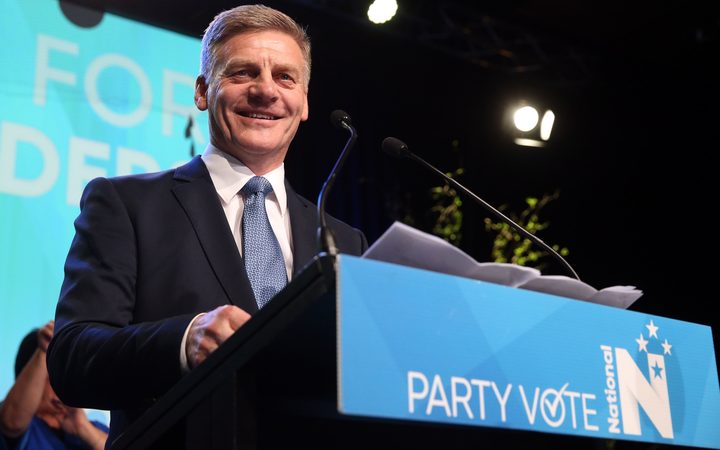 Under a new leader, ending their third term in power, National attracted a greater share of the vote than when first elected in 2008. Photo: AFP

Perhaps clearest is just how wrong were all those who solely attributed the National Party's previous electoral success to "the John Key effect". Under a new leader, ending their third term in power, National has attracted a greater share of the vote than when first elected in 2008.

That really is a quite remarkable result, which is testament to National's success in governing over the past nine years. Conventional wisdom tells us that oppositions don't win elections, rather governments lose them.

If that really is the case, National has passed the voters' test. Perhaps instead of focusing on the various "volatile" opinion poll results in the lead up to Saturday, we would have been better recalling that some 62 percent of voters apparently think that New Zealand is heading in the right direction.

Almost as clear is that, despite this being our eighth election using MMP, New Zealand's attitude to voting still reflects our previous first past the post voting experiences. Some 82 percent of voters had "come home" to the big two traditional parties on election night.

That's basically the same proportion as supported these parties at the 1990 general election, and more than supported them in either 1984 or 1993. Even after 24 years of multi-party government, four out of five New Zealand voters still respond to the "cut out the middle man" message.

However, it is still uncertain exactly where all the various parties will end up once the final election results are announced. The Electoral Commission reports that some 384,072 special votes - 15 percent of the total cast - remain to be counted.

Given that many of these will be from young voters who enrolled late, and in light of past experience, we can safely assume that these special votes will heavily favour Labour and the Green parties. It is highly likely, therefore, that once they are included National will lose a seat and either Labour and the Green pick one up.

Such a change might render the government formation process more uncertain. But unless it happens - and it almost certainly won't - National has to be in the box seat for putting together a governing deal.

To be clear, that's not just because National is the largest party. There simply is no right for the party that has the most seats to govern.

Rather, it simply is going to be far easier for National to make the accommodations needed to form a new government in conjunction with New Zealand First. Finding a balance between two sets of priorities is just easier than striking a deal amongst three different sets of bottom lines.

One final point on the results. The Electoral Commission reports that 78.8 percent of enrolled voters cast a vote in 2017, a slight increase on the 77.9 percent who did so in 2014.

So on these figures, the turnout of those eligible to vote has actually declined from 72.1 to 71.7 percent. Given that this electoral contest was seen as more competitive, and in light of the excitement caused by Jacinda Ardern's rise to Labour's leadership, this is both surprising and concerning for the future health of our democracy.