New Zealand First is refusing to return National's calls offering preliminary coalition discussions prior to the special votes being counted. 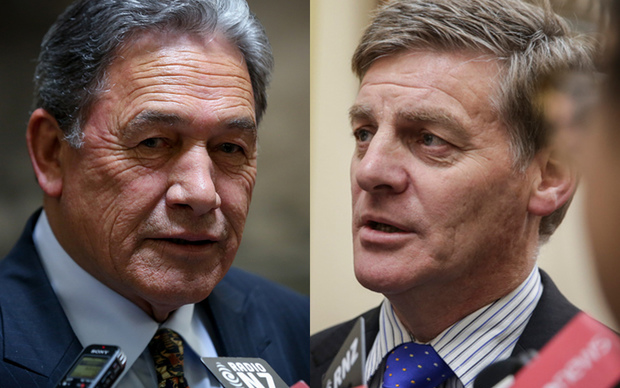 Party leader Winston Peters said last week he would not be deciding who to negotiate with until 7 October, when the election result is finalised. He wants negotiations with New Zealand First to be concluded five days later, on 12 October.

"On the one side [New Zealand First] have got to deal with the Greens and with Labour ... at the same time as deal with National. That's why getting all of that done in four or five days looks a bit of an ask."

However, Mr Peters appeared to be sticking to what he had said last week, Mr English said.

"I gave him a call yesterday, didn't get a response.

"We will get on and prepare ourselves for what would need to be a very fast-paced negotiation."

"As one would expect, Mr Peters has already responded to Mr English by phone.

"Third, preliminary talks will proceed this week when arrangements suitable to both parties are concluded."

Despite the difficulty in getting discussions underway, Mr Peters had been "much clearer than the Greens" about who he was prepared to negotiate with, Mr English said.

Over the weekend, National's deputy leader Paula Bennett said her party would like to talk to the Greens about a possible coalition.

Former National prime minister Jim Bolger told TVNZ yesterday the Greens had a responsibility to do so.

However, there were no plans yet to talk to the Green Party, Mr English said.

"We're yet to see the Greens give a clear indication that they would want a serious negotiation."

Former Green Party MP Nandor Tanczos said the strongest push for a National-Green coalition was coming from those within National looking to weaken Winston Peters' position as kingmaker.

The Greens had run their whole campaign on the basis that they were going to support Labour to change the government and it would be "dishonest" to enter an agreement with National now, he said.

However, he believed it was a possibility the Greens should consider for future elections, as aligning themselves with only Labour was "a dead-end".

"They do well when Labour does poorly, but as soon as Labour does well then the Greens go down," he said.

"Labour will always be the preferred party but the Greens have to be open to having a discussion with the other side as well."

Being positioned as "left of Labour" also misrepresented what the Greens stood for, Mr Tanczos said.

"Green issues aren't really represented on a simple line between left and right. We need to redefine politics as a ... left-right-green triangle and then green politics start to make sense in relation to both Labour and National."