New Zealand First appears to have shifted its position on a referendum on the Māori seats, now the Māori Party has been voted out of Parliament. 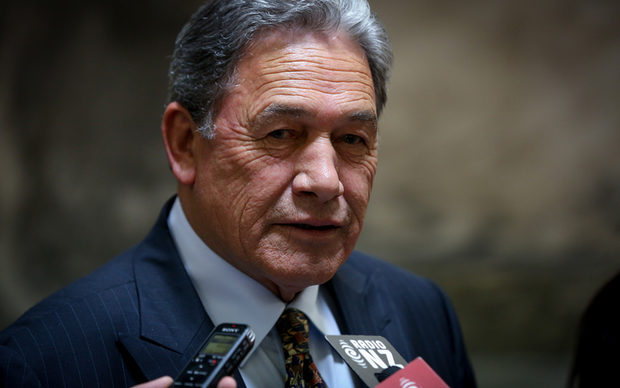 Winston Peters: "Elements to the environment on which a promise is made have since changed." Photo: RNZ

Before the election campaign, New Zealand First leader Winston Peters pledged a binding referendum on whether to abolish the seven Māori electorate seats. He argued Māori electorates had failed to deliver what Māori really needed and were a form of "tokenism".

National Party leader Bill English has left the option of a referendum on the table, but Labour's Jacinda Ardern has ruled it out.

During an interview yesterday on Australia's Sky News, Mr Peters was asked how the referendum could affect coalition negotiations.

"And so some of the things that, or elements to the environment on which a promise is made have since changed. That's all I can say."

During the interview it was put to Mr Peters there was an assumption he would go with the National Party, as the party that got the most votes, and one that was closer to New Zealand First in policy direction.

Mr Peters said there was an "unwritten convention" he would talk first to the party with the most votes.

But he said that had nothing to do with a constitutional convention, morality, or an expectation that meant completing talks with National.

"In the first instance you'd talk to the political party with the most votes but if things were not satisfactorily completed with them, there would be no constraint against you talking to someone else."

Mr Peters was also critical of some aspects of National's policy approach.

"They had gone down the path of Māori parallel government, a separate sort of social and statutory system, and they've gone a long way down it, against which a lot of people are opposed in this country, and my party's one of them."

On the Labour Party, he said its "view on taxation matters seriously undermined them".

"You never ... promise a tax before the election," he said.

Mr Peters was asked what he would look for from the party he chose to work with.

"I want them to promise that they've got a grasp of economic reality; I think that we're in a very serious international state with respect to our international economy, I think the situation in China's very, very uncertain with lots of debt and not so flash in Australia.

"One tremor could have a serious effect on New Zealand," he said. "And I wished that in this campaign the two old parties had a grasp of the inevitable correction that's going to take place and how much pain that's going to bring."