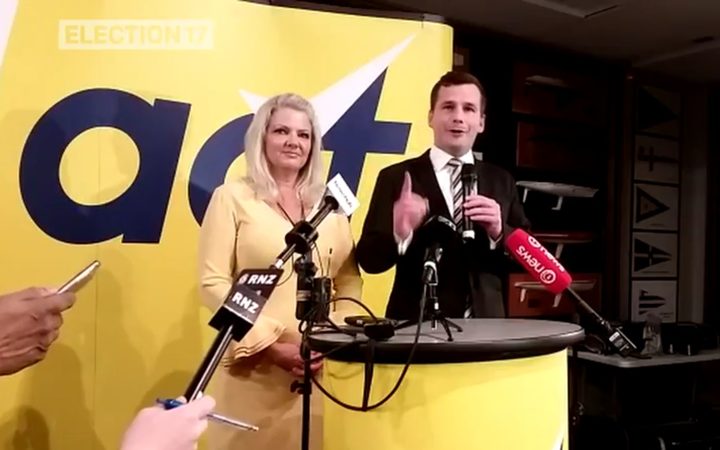 Mr Seymour has comfortably held on to the Epsom seat, with a winning margin of 4776 votes over National's Paul Goldsmith.

Labour's David Parker was back in third.

But while Mr Seymour slightly increased his majority in Epsom, ACT hasn't increased its share of the party vote.

Mr Seymour said while he was happy to be returning to Parliament, he was disappointed that the party didn't poll higher overall.

Much of Mr Seymour's campaign had been focused on increasing the party vote, to get ACT at least one more MP into Parliament.

But with the election campaign turning into a two-horse race between National and Labour, minor parties like ACT were squeezed out.

"Every minor party has taken a battering," he said in his speech last night to ACT Party supporters at the Royal New Zealand Yacht Squadron.

"We didn't quite get the result that we would have liked in the party vote, but we remain in the fight, we remain in Parliament, we remain the representatives of a critical set of values and so we will go on for another three years and beyond."

With the Maori Party and United Future gone, ACT is the only one of National's existing support partners to return to Parliament.

ACT has held the Epsom seat, guaranteeing it a spot in Parliament through a deal with National, since 2005.