Power Play - Labour could see the election slipping through its fingers - mainly due to ongoing attacks over its tax policy - and has been forced into a major shift in approach. 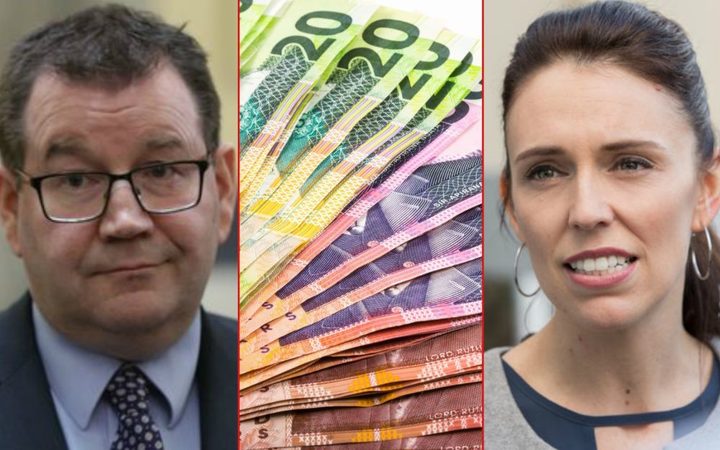 It has bowed to pressure and would now seek a mandate in 2020 before introducing any property-based taxes, including a capital gains or a land tax.

The original plan under Labour leader Jacinda Ardern was to form a tax working group to decide on whether a Labour government should bring such taxes to help cool the housing market.

But unlike her predecessor Andrew Little, Ms Ardern wanted to be able to act quickly and bring in such changes in a first term before seeking a mandate via a general election.

She presented it as issue of inter-generational inequality, and one that should be addressed with some urgency.

This has been a significant vulnerability in Labour's campaign, allowing National to dominate with concerted attacks on the prospect of a raft of new taxes under a Labour government, which Labour has been unable to successfully rebut.

Its working group policy has meant it could not definitively say exactly what its tax programme would look like.

National has exploited that to the fullest, but in doing so has pushed the facts near breaking point, for example by continuing to repeat the misleading claim Labour plans to increase income tax.

Labour has been upfront about cancelling National's tax cuts, but to offset that it says about 70 percent of families would see benefits to tax changes under Working for Families.

Coming on the heels of the widely discredited "$11.7 billion fiscal black hole" claim, National is venturing into the territory of attack politics that are not wholly based on fact.

But the ultimate impact of the tax debate is National has created enough doubt in voters' minds that it could have overridden the appeal of Ms Ardern.

Given the rapid rise in support for Labour and its leader, Labour would have been thinking it was somewhat immune to attacks National has launched on its economic credibility in past elections.

The question now is whether this shift in tactic will be enough to soothe any voter concerns with just over a week to go.

Advance voting has already started with a record number of people taking advantage of the opportunity to cast their vote early.

National will change tack now and focus on other tax plans including the tax on irrigated and bottled water.

At the moment however, its leader Bill English is preaching to the converted, whipping up discontent among rural New Zealanders, many of whom will already be giving two ticks to National.

The bulk of the electorate inhabits New Zealand cities and are more likely to be swayed by arguments about improving water quality than a tax on the farming sector.

A working group would examine tax in New Zealand and recommend changes. Any changes would not come into effect until April 2021, after the 2020 election.