Labour has changed its strategy on how it would carry out its proposed tax plan, in an attempt to counter National's continued attacks. 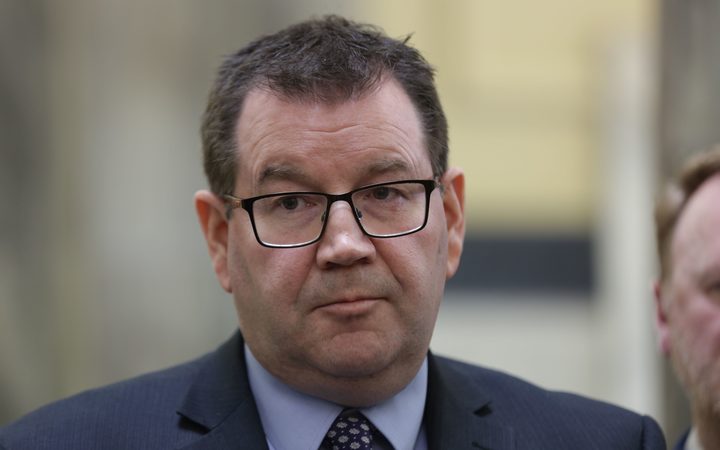 The party said today any recommendations from its tax working group would now be deferred until 2021, which would mean voters would have the opportunity to reject any new taxes as part of the 2020 election.

National has been hammering Labour over its plan to set up a tax working group and possibly introduce capital gains or land taxes in its first term. Slipping support in the polls, and feedback to the party, suggests Labour has struggled to counter those attacks.

The party announced this morning that it would legislate for any changes in its first term, but they would not be implemented until 2021.

Labour Party finance spokesperson Grant Robertson said that would balance the need for urgency against the need for certainty, and would allow the public to have their say on any changes.

"I think New Zealanders will appreciate the fact that the work has to be done. We can't sit around and let the housing crisis get worse and worse as National have done over the last nine years.

"To avoid any doubt, no one will be affected by any tax changes arising from the outcomes of the working group until 2021.

"There will be no new taxes or levies introduced in our first term of government beyond those we have already announced.

"Labour will not shy away from the hard issues such as fixing the housing crisis and we are determined to do what is right, but we also know we must take New Zealanders with us as we do that."

Mr Robertson said they had heard the concerns of New Zealanders.

"We will involve the public at every stage of the working group - as well as Cabinet - and Parliament's consideration of any changes that arise from it ... This gives multiple opportunities for public input, and a general election before any new tax would come into effect."

Labour leader Jacinda Ardern said she had made a "captain's call" to delay the introduction of any new taxes under a Labour government.

Voter asked for clarity and Labour was providing it, Ms Ardern said.

The move was not a backdown, nor was it a response to polls, she said.

Mr Robertson said moving towards a revenue-neutral tax system was one possibility the working group would be looking at.

When asked if Labour would make it a coalition requirement to support any working group changes, he was hesitant.

'Not much of a walkback'

National Party leader Bill English said Labour's announcement was "not much of a walkback".

"As I understand what they've done is postpone a couple of taxes - capital gains tax and land tax - you'll still be voting for a committee to decide that, because apparently Labour seem to want to do it, but can't bring themselves to say so."

Mr English said the real test was around income taxes, and Labour had left its commercial water use tax, regional fuel tax and tourist tax in place.

"They're still seeing hard-working New Zealanders as if they are some kind of ATM where Labour have expensive promises and they're going to take $1000 a year off people on the average wage to pay for those promises. So that hasn't changed."

Mr English argued that, if the need to act was urgent, the party should not delay asking voters for a mandate.

"Why didn't they do it this time? We know they support capital gains tax, they talk continuously about dealing to speculation in the housing market.

"It turns out they are unwilling to follow through on the policy now, they want to do it later. So all the stuff they've said about speculation in the housing market [has] turned out to be meaningless. They won't address the problem that they say is such a big problem."

Speaking earlier to reporters at Parliament, Mr Robertson said National had put out a great deal of misinformation about Labour's policy.

"What I've seen in this campaign is a desperate series of lies and spin from the National Party about taxation.

"We have said for a very long time that we will reverse National's tax cuts. We have never said that we will increase taxes.

"It is very important that New Zealanders are clear about what we have planned.

"New Zealanders do have a choice about whether or not they want to invest in our rebuilding our health and housing and education systems, making 70 percent of families better off, or giving tax cuts.

He said Labour's approach was no different to what National had promised with its families income package, which includes tax cuts.

"They have legislated for those, but they do not come into force until 1 April at this election. New Zealanders have a choice about whether they have tax cuts that give $400 million to the top 10 percent or whether or not they actually use that money to invest in families and services as Labour wants to do."

What's in and what's out

Under a Labour government, a working group would examine tax in New Zealand and recommend changes. Any changes would not come into effect until April 2021, after the 2020 election. Tax changes Labour has already announced will still go ahead.

* Introduce a regional fuel tax in Auckland at 10c per litre

* Introduce a tax credit for research and development

* Capital gains or land tax on the family home

Possible - but not until after 2020 election

* Land tax (excluding the land under the family home)