A Labour government would start building a new hospital in the centre of Dunedin in its first term, the party says. 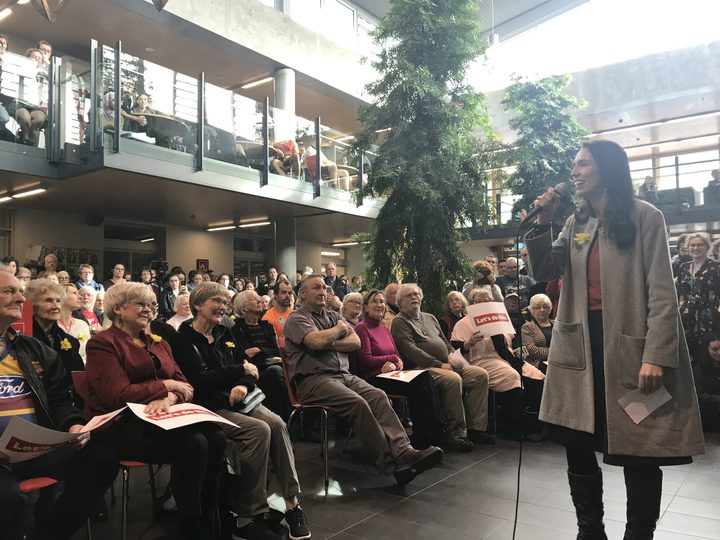 Jacinda Ardern made the announcement to about 400 people in Dunedin. Photo: RNZ / Mei Heron

Labour said the $1.4 billion project could be paid out of existing funds rather than the National Party's proposal to use a public-private partnership agreement.

Last weekend, National also pledged to build a new hospital, to be opened in seven to 10 years.

Labour leader Jacinda Ardern said there was enough money in the government's capital spending allowance to build the hospital without a public-private partnership (PPP).

"We reject the idea of a PPP as they have a disastrous record in the United Kingdom.

"The mayor of London, Sadiq Khan, has condemned them as 'a millstone around the neck' of the London health system.

"PPP contracts will only slow the construction process down," she said.

Ms Ardern was confident her party could build the hospital faster than the National Party's seven to 10 year estimation.

"Simply by not having a PPP means we have much greater control over it. We also believe from the conversations that are being had locally that it is possible to deliver it sooner.

"The other [reason] is the start time. This government isn't even committing to starting it during their first term."

Ms Ardern also said public-private partnerships didn't work for some of the country's prisons and should not be used to build hospitals.

Ms Ardern said the project was long overdue, and if Labour were elected to government a working group would immediately be formed including the local councils, Southern DHB, the university and Ministry of Health.

"The hospital at present is dangerous and unsafe for staff and patients. Most of the existing buildings would not survive a severe earthquake.

"Things are so bad that at the moment operations have to be delayed because of the leaks when it rains. Dunedin Hospital is no longer fit for purpose," she said.