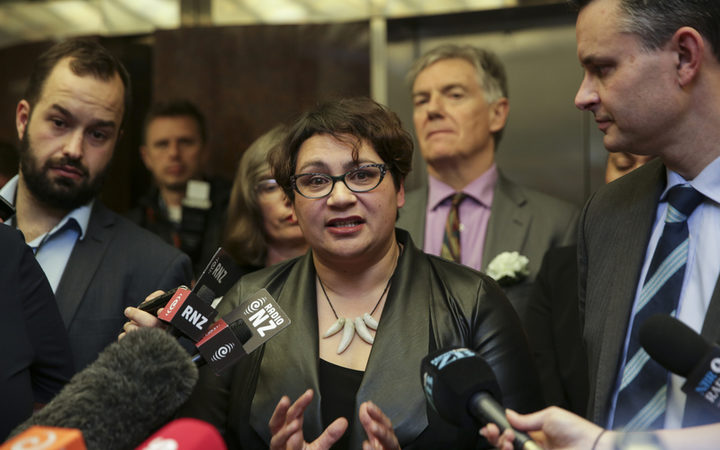 Metiria Turei and James Shaw, to her right, at a stand-up after the Greens' caucus meeting this morning. Photo: RNZ / Rebekah Parsons-King

Kennedy Graham and David Clendon yesterday threatened to resign unless Mrs Turei stepped down from the leadership over her position on benefit fraud.

The Greens held a crisis meeting at Parliament this morning to decide whether to suspend the pair.

The party's other co-leader, James Shaw, said Dr Graham and Mr Clendon withdrew from the caucus during the meeting - a decision that was supported by the other 12 MPs.

The pair will stay on until the election, but will not participate in caucus and strategy meetings, or campaigning.

The party has been asked to take them off the list and they will not be seeking re-election in September.

Mrs Turei said she was committed to staying on as co-leader even if the Greens polled badly.

Look back at the live stream of this afternoon's news conference:

She said she was upset to see Dr Graham and Mr Clendon go, and the situation was "not ideal", but she supported their right to make decisions based on their own principles.

She was sticking by her own stance, she said.

"I will not condemn people who have had to do the same thing I did."

Mr Shaw said he was happy for the pair to remain in the Green Party, after earlier saying he would seek their expulsion.

When asked what has changed since last night, when he was talking about expelling the two MPs, Mr Shaw replied: "I got some sleep."

Some party members who had attacked the pair on Twitter and other social media last night had apologised, he said. 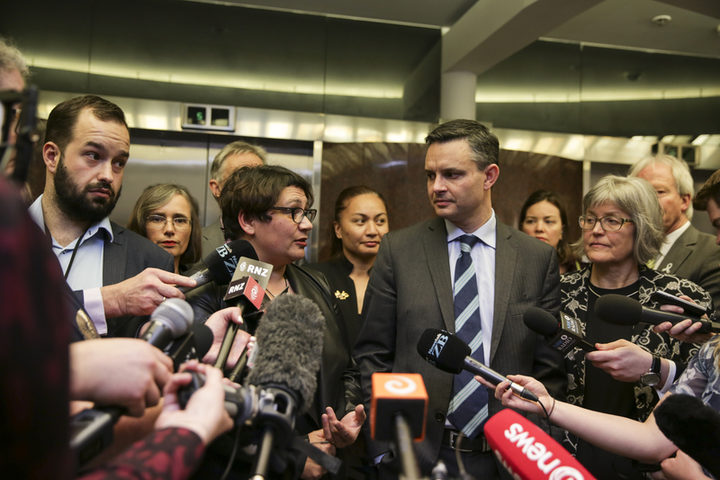 "They have enormous expertise ... If we could not lose that to the party that would be great."

Asked again about her decision to reveal she had lied to Work and Income, Mrs Turei said the level of interrogation into her family and personal life had "gotten a little bit out of control".

She was now being used as a target by people who wanted to see the Greens fail at the election, Mrs Turei said.

Dr Graham was ranked 8th on the party's list for the coming election and Mr Clendon was at 16th. The party currently has 14 MPs.