Green Party co-leader James Shaw won't say whether he believes it is acceptable to lie to a government agency if a child is going hungry, as the party moves to suspend two of its MPs. 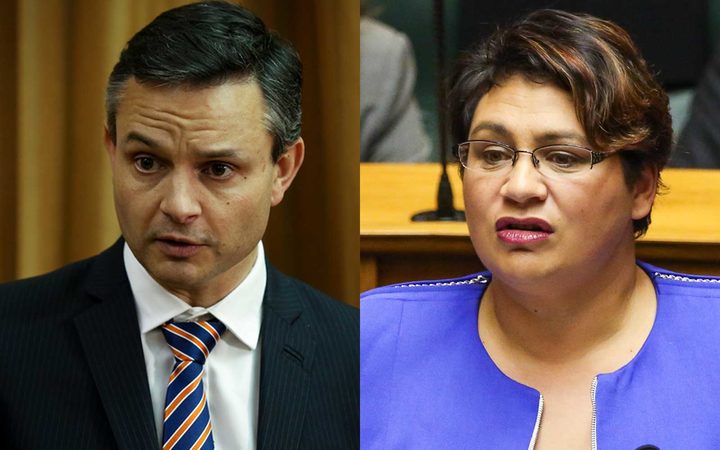 Kennedy Graham and David Clendon, speaking exclusively to RNZ, yesterday threatened to resign unless Metiria Turei stepped down from the party's leadership.

They said Mrs Turei's position on benefit fraud made her no longer fit to be a co-leader.

Mr Shaw said he would seek to suspend both MPs from the caucus this morning and would also ask for them to be expelled from the party altogether.

He and Mrs Turei felt betrayed by the MPs' actions, Mr Shaw said.

"The way that they have chosen to go about this puts the Green Party at extreme risk at this point in an election campaign ... They didn't have to do it this way, there were more dignified ways for them to exit."

However, he refused repeatedly to say whether he thought it was acceptable to lie to a government agency in circumstances where a child was going hungry.

"I've said many times over the last two weeks that I do not believe that the law itself should put people in the situation where they are forced to make bad choices between lying to an agency or feeding their child."

He later added to his answer saying: "I would find it to be an incredibly tough call."

Mr Shaw said he had agreed with Dr Graham on Friday that the party would try to resolve the two MPs' issues within a week, and if they remained unresolved, then the pair would resign.

"Clearly he and David over the weekend had conversations with each other... I learned about that yesterday morning."

He would not say if there had been any such direct agreement with Mr Clendon.

Under Green Party rules, MPs had to give 48 hours' notice of resignations, Mr Shaw said. "They didn't give us that."

He was "extremely distressed" to lose Dr Graham, who was an internationally-recognised expert on climate change.

"I don't think anybody else in New Zealand has done more than he has to build cross-party consensus on climate change."

Yesterday, he said Mrs Turei continued to have his full backing.

The division it had caused might send some soft Green voters back to Labour, but the Greens would gain votes elsewhere, she said.

"They'll make [it] up with plenty more votes in the other direction from former non-voters.

"In the circles that I live and work in there's been a massive shift towards the Greens... Metiria's stand has crystallised a whole lot of frustration and anger from beneficiaries who have felt for so long that there's been no voice for them in Parliament."

Dr Graham and Mr Clendon said Mrs Turei had made comments last week that condoned people lying to Work and Income, but Mr Shaw said that was a decision based on "their interpretation and their principles... it's a particularly black and white interpretation".

When the news first broke, a high-ranking party official moved to discredit Dr Graham and Mr Clendon, telling media they were "disgruntled" and "grandstanding".

The two MPs had done "next to no campaigning" for the Greens so far and were "going to quit anyway," the source said.

Mr Shaw distanced himself from those comments.

But he acknowledged the situation was "messy" and apologised to party members for what had happened.

"I think this is just a blip."

Dr Graham is ranked eighth on the party's list and Mr Clendon is ranked 16th.