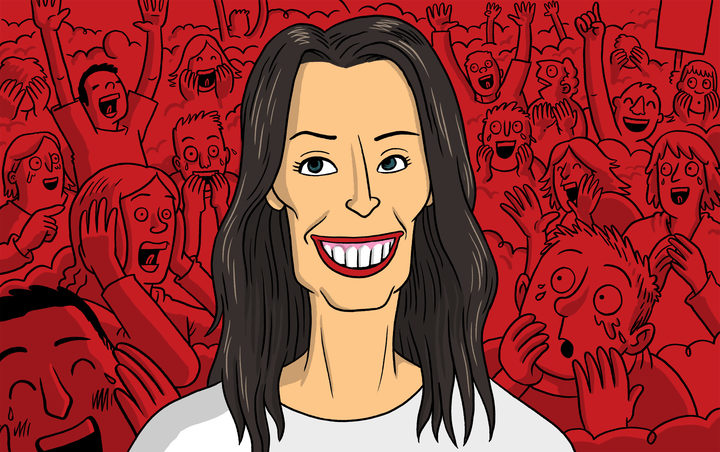 Jacindamania. What's that all about?

The New Zealand Labour Party were the worst and then they binned Andrew and installed Jacinda and now they're the best.

Once upon a time, or to be more specific in early July, New Zealand First was getting all the cut-through in New Zealand politics. In order to get some cut-through for the Green Party, co-leader Metiria Turei decided to talk about the time she lied about her accommodation status when she was a solo mother on a benefit. The Greens surged. Labour slumped.

She got cut from a future possible Cabinet.

What form has this Jacindamania taken?

International tours, crowd bedlam, and reports of as many as 40 pairs of underwear thrown at the stage.

What form has Jacindamania taken?

Otherwise known as the Jacinda Effect - or, from the Labour Party's point of view, Jacinda Nick of Time - Jacindamania has seen crowds at Labour events swelling, fans flocking to meet the new boss, spontaneous cheering on aeroplanes. And glowing coverage in the press. "The media went ga-ga," said the NBR.

Even the hardened and sceptical reptiles of the press gallery?

Thank you. The enthusiasm among some of the press was enough to prompt the Minister of Foreign Affairs, Gerry Brownlee, to present Newshub political editor Patrick Gower with a set of pom poms.

Does Mr Brownlee just have pom poms lying around?

Everyone needs a hobby.

Anything apart from the press conference?

Ardern's first week went better than anyone might have expected. There was a string of impressive interviews, including a blistering, visceral demolition of Newshub's comedy Neanderthal Mark Richardson on the question of women's obligations to tell employers about their breeding plans.

Where did Ardern spring from?

A 37-year-old Auckland-based third term MP, she was in Parliament via the list until she won last year's byelection in Mt Albert - a constituency in which every MP elected since 1981 has gone on to become Labour leader.

She worked in Parliament for Phil Goff and Helen Clark and at one point was president of the International Union of Socialist Youth.

She grew up in Morrinsville and Murupara. She points that out a lot.

How is she different to her predecessor?

As many have noted, Jacinda is a marked contrast in appearance and personality to the last middle-aged fellows: Phil, David, David and Andrew. She has been said to have inherited qualities from both Helen Clark and John Key.

Comparisons have also been drawn with the youngish leaders of Canada and France, Justin Trudeau and Emmanuel Macron. Some think her impact will mirror the triumphant Jeremy Corbyn surge in the UK earlier this year.

No. She has said there will be some changes in emphasis, but the policy programme remains the same. A crucial difference is that she's more likely to get people listening to it.

What does it mean for the Labour campaign?

Apart from the renewed energy and the shift in emphasis, there are the practicalities of new billboards, new TV ads, and a new slogan: Just Do It.

Isn't that already in use?

Sorry. Let's Do This.

No, that's the slogan. Let's Do This.

No, why is that the slogan?

A call to action, presumably.

Taglines these days are empty vessels, they're hashtags, lacking the necessary breadth and substance of yesteryear, when they would convey a proper message.

Great slogan. What does Labour's refurb mean for the National Party?

They've had to recalibrate their response. Avoid personal attacks on the new leader, which risk ricocheting. But in any case, as campaign boss Steven Joyce told RNZ last week, it's not about the leader. And as Bill English told RNZ yesterday, people don't vote on personality.

Is that the same Steven Joyce who successfully ran campaigns under the banner 'Team Key'?

And is that the same Bill English who posts photographs of himself cooking pizza for the family and awkwardly cheering sporting events?

So Jacindamania means this is in the bag?

There are still 40 days to go, and there are plenty of banana skin opportunities awaiting. It could just be papering over cracks. The big challenge for Labour is to grow their vote without simply scooping it out of the Greens' bowl. Polling suggests the undecided voter figure is higher this time than in 2014, so they'll want to maximise that. But they'll also need to take some support off National.

How are the Greens faring?

A few weeks ago, they were in a buoyant mood, hoping to open a debate on welfare and poverty after Turei's admission.

That has spiralled out of control, however, first with the added confession of a false electoral roll entry, then with the announcement Turei was out of the running for a Cabinet position. Last night it got messier still, when two Green MPs resigned after unsuccessfully demanding she quit as leader.

What is the impact of that?

Green Party co-leader James Shaw was blunt. Their stance had placed "the campaign at extreme risk"; the two men, he argued, had "brought the party into disrepute".

But how does that impact Jacindamania?

The travails of the Greens - Labour's preferred coalition partners under the 'Memorandum of Understanding' - are likely to see further votes heading Ardern-ward, but they could at the same time disincline some on the liberal left of National to stray towards Labour. 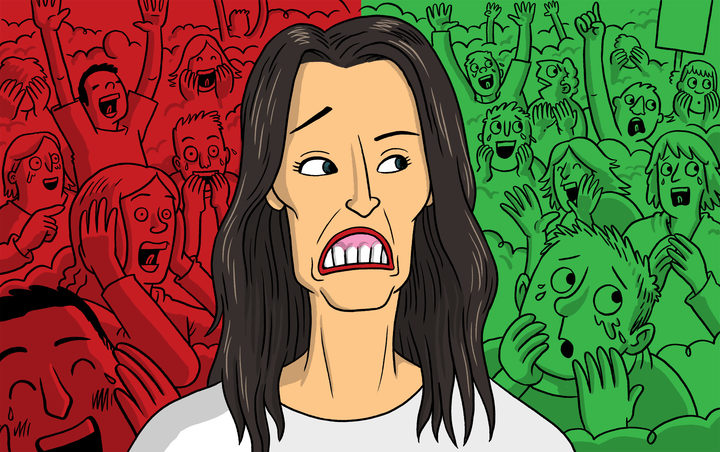 OK, but what is the measurable success of Jacindamania so far?

Good question (note: check latest polling and fill in answer here). The Labour miracle is on track / still has a long way to go / is as distant as ever (delete two).

Yes it is. There's not been a poll yet, so we're leaving it to the reader to finish. What we do know is that, whatever happens, the next government will almost certainly be chosen by one man.

Sorry. No. This guy:

This column is part of a regular series for RNZ by graphic artist Toby Morris and journalist Toby Manhire.