The government's budget is "rinky-dink" and will provide some minimum-wage earners with only one extra dollar a week, Labour says. 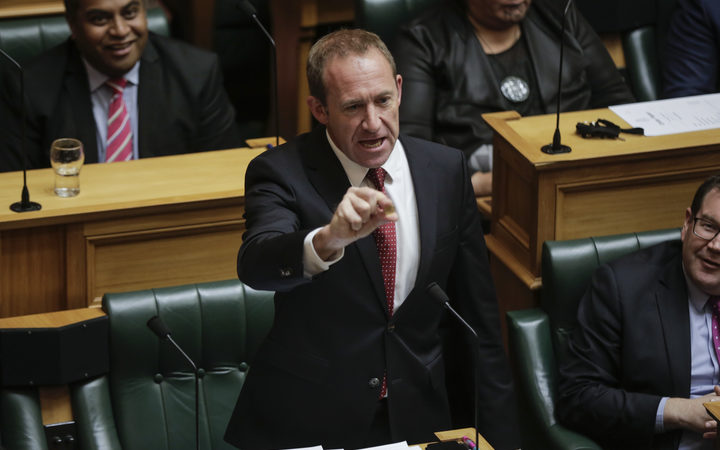 The centrepiece of the National-led government's budget, announced today, is a $2 billion a year package that lifts the bottom two tax thresholds and increases Working For Families payments.

"For all National's talk about tax cuts, the reality is that a single cleaner on a minimum wage will get just $1 a week extra," he said.

"The big winners of this budget are the top earners who take home most of the tax benefits."

Mr Little also attacked the government's spending on health, which will receive an extra $3.9bn over the next four years, and education, which will get an extra $1.5bn.

"In health, this budget is $200 million a year short of what [district health boards] need to stand still," he said.

"In education, schools are short $70m at a time when we have overcrowding and falling standards."

The was nothing in the budget to address the housing shortage, Mr Little said.

"Too many people are squeezed into our big cities... and they've done nothing about it.

"National is only building one affordable house a day in Auckland for every 100 new Aucklanders."

On the other side of the House, Act Party leader David Seymour immediately labelled the Working For Families increases as "communism by stealth" - echoing former Prime Minister John Key's description of the policy when Labour first introduced it in 2004.

"The boost to Working for Families is the perfect example of how National is abandoning its roots," Mr Seymour said.

"The National Party is meant to believe in personal responsibility and low taxes - now they've not only adopted Labour's policies, they're championing them."

The tax bracket changes were "welcome compensation" but were underdone, he said.

"The most any taxpayer will save is $20 a week... Bracket creep will eventually cancel out this tax relief because National refuses to permanently tie brackets to inflation."

The Māori Party said it was "proud" that the budget included $122m for Māori initiatives, including an extra $10m for Whānau Ora and $21m for Māori language and culture.

Not enough on climate and housing - Greens

"There is nothing in this budget that will clean up our polluted rivers, lakes and streams, or protect our drinking water. A million dollars for one fund isn't going to cut it - especially when National refuses to turn pollution off at the tap."

There was nothing in the budget to stop property speculation or "rampant" investment, Mr Shaw said.

"The government expects rents to keep rising, and more people to require emergency housing. It has admitted defeat in the face of the housing crisis.

"New Zealanders will be paying the social and financial cost of National's inaction for many, many years to come."

New Zealand First leader Winston Peters said following this budget, the National Party did not deserve to be in charge for three more years.

Mr Peters said the government was not equipped to deal with these issues.