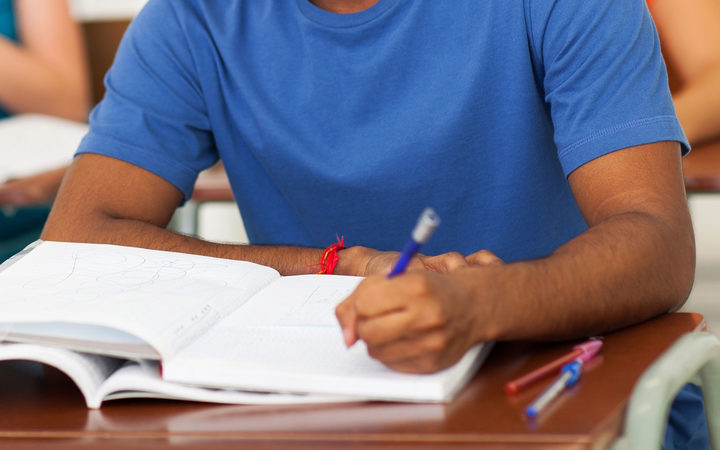 The education sector will receive a funding boost of $1.5bn Photo: 123RF

About half the increased funding over the next four years - $767 million - is simply meeting the cost of increased enrolments in early education and schools, and rises in teachers pay.

Schools will be relieved to see a 1.3 percent increase in their operations grants, but for the third consecutive year early childhood centres have received no across-the-board increase to their government subsidies.

Operations grants increase 1.3 percent and the targeted funding introduced in last year's budget to help children from disadvantaged backgrounds rises 2.7 percent for a total increase of $17m per year.

Special education spending rises by about $15m per year. The increase includes about $10m per year to allow the Education Ministry's behaviour service to help about 1000 more children aged up to eight years over the next four years. There is also funding to provide teacher aide support to an extra 625 children per year.

About $456m over the next four years, most of it capital funding, will go towards school property. The spending will provide six new schools, expand two schools and 11 special education satellite units, and provide 305 new classrooms. More than half of the money, $278m, will be used in Auckland.

The government will spend $7.6m on Māori language curriculum resources over the next four years and $9.4m on support for students with English as a second language.

The budget provides no across-the-board increases to early childhood subsidies for the third consecutive year.

However, the government is spending $10m per year to extend its new method of targeting funding to children from disadvantaged backgrounds to the early childhood sector.

The system was introduced to schools this year and is widely expected to replace decile funding in that sector.

The government expects about 2000 out of 4500 licensed early childhood services will receive the funding at an average rate of $5000 per year.

The budget includes a 1 percent increase in the subsidies tertiary institutions receive for each student they enrol, worth nearly $20m per year. The increase to enrolment subsidies for courses at Level 3 and above is the first across-the-board increase in about seven years as previous increases were targeted to particular subject areas.

The Performance Based Research Fund for tertiary institutions' research increases by $15m per year.

About $6.8m will be provided over four years to grow enrolments by foreign students.

Teacher unions said the government's budget was "timid" and delivered the bare minimum for schools and early childhood centres.

Both the Post Primary Teachers' Association (PPTA) and the Educational Institute (NZEI) said their members would be disappointed by the budget, which delivered what the government said was a record $1.1bn in operational spending plus a further $400m in capital funding.

PPTA president Jack Boyle said the budget provided a "timid sprinkling of initiatives" that did not keep up with inflation.

The president of the NZEI, Lynda Stuart, said teachers had been hoping for a major boost, but education was the loser in the budget.

She said the 1.3 percent increase to schools' operations grants would not cover inflation and the $10m per year allocated to disadvantaged children in early childhood centres amounted to very little.

"This is a devastating blow to a sector that has been struggling to make ends meet and give our children a quality public education," she said.

The government said the funding would be worth an average of $5000 per year to the 2000 early childhood services expected to receive it.

New Zealand Kindergartens was also disappointed by the lack of an across-the-board increase to early childhood subsidies.

Its chief executive Clare Wells said the hourly rate paid to early childhood services was lower than it was in July 2008, while costs had escalated by about 12 percent.

Ms Wells welcomed the new targeted funding for disadvantage and said kindergartens would use the money for things transport, food and warm clothing for children.