The government's new infrastructure fund falls short of what is needed to help councils pay for more toilets and carparks, a tourism leader says. 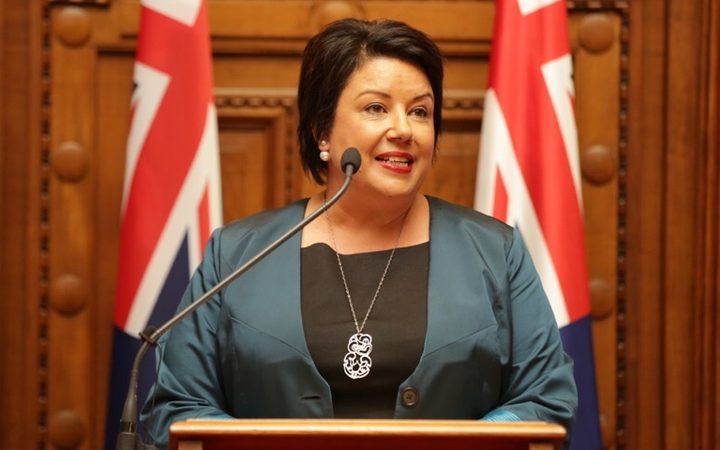 Tourism Minister Paula Bennett has announced a new $102 million Tourism Infrastructure Fund, alongside $76m in new funding for the Department of Conservation (DOC).

She made the announcement at the TRENZ tourism conference in Auckland.

Mrs Bennett confirmed that of the $100m, $60m was new money to be spent over the next four years.

The extra funding would make a huge difference to councils under pressure but unable to pay for more facilities, she said.

Councils would be able to apply for funds for toilets, carparks, i-SITE visitor centres and sewerage, but ratepayers would also have to pay.

Mrs Bennett said private investors could also get involved, which would take the total value of the fund to $250m.

There were a number of projects, she said, that would work as private public partnerships.

"I think Queenstown's kind of ripe for it ... ideas of how you get from the airport and into the town centre."

She said there was the potential for such initiatives to be partnerships between government, council and private companies.

Operators at the conference welcomed the extra funding, but some said their small councils would struggle to contribute to projects.

Tourism Industry Aotearoa said the announcement was a recognition of the problem many councils were facing, but chief executive Chris Roberts said it was well below what was needed.

"Almost 18 months ago we came out and said we need a fund of $100m a year and we've done a lot of work since then and that work has really just reinforced that we think the problem is still of that level," he said.

"So we're still some way from that with this announcement, so it's now up to local government to put forward the projects.

He said such projects from councils were needed to prove to the government more money was required.

Queenstown Lakes District mayor Jim Boult said the council met with Mrs Bennett last month to outline the extreme pressure it was under to have good-quality facilities and the need for a more comprehensive freedom camping strategy.

Since the meeting, Mr Boult also called for a nationally consistent approach to the growing fleet of freedom campers.

He said he recognised the importance of the tourism sector to the economy but the burden of visitor cost cannot be borne by local communities alone.

He said the council was looking forward to learning the details around how the fund would be administered, but he was hugely encouraged by the move.

"We are in this wonderful situation of being in surplus. The government is committed to working with our tourism industry and this [infrastructure] fund, I think, will cover that," she said.

Conservation Minister Maggie Barry, speaking at the same conference, announced some of the $76m allocated to DOC would be spent on a new booking system that would introduce a higher charge on overseas tourists.

She said the rates had not been decided but would likely to be introduced next April.