The Department of Conservation (DOC) is set to start charging tourists more than the locals for walking New Zealand's tramping tracks. 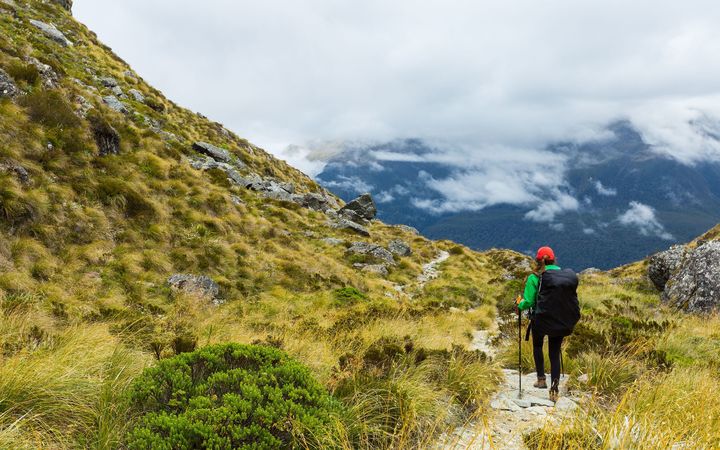 The Routeburn Track in Otago, which is one of DOC's Great Walks. Photo: 123rf.com

Conservation Minister Maggie Barry said today at the TRENZ tourism conference that a new booking system for tracks would be brought in as part of $76 million set to be allocated to DOC in the 2017 Budget.

She said the system would introduce a higher charge for overseas tourists.

"I think there is much more of an appetite than we might acknowledge for international visitors who are used to paying for walks, used to paying access for things, to pay a little bit more," she said.

"And for New Zealanders, who pay rates and taxes, to get a discount on that."

The rates had not yet been decided, she said, but would likely be introduced in April next year.

The department was already planning on a blanket increase for hut prices along DOC's popular Great Walks tracks, some by up to 30 percent.

Climbing and tramping groups had complained that high tourist numbers on the nine Great Walks were deterring New Zealanders from them.

It reached the point where New Zealanders made up only 25 percent of the people using the tracks, and there were concerns the high number of tourists were not providing enough money for track maintenance and facilities.

That was especially the case as New Zealanders opted to visit secondary tracks instead, meaning more upkeep would be required for those as well.