Former Prime Minister Helen Clark has no regrets over her handling of the Foreshore and Seabed controversy. 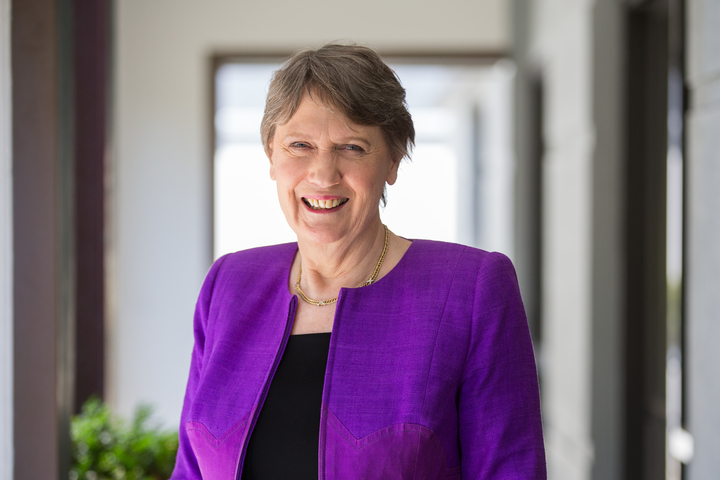 Helen Clark said her actions had "stood the test of time" and she would do nothing differently given the advice she had. Photo: RNZ / Diego Opatowski

Her Labour government ushered in legislation in 2004 which gave ownership of that land to the Crown and stripped the rights of Māori to seek customary title through the courts.

In an interview for RNZ's The 9th Floor, Miss Clark stood by her actions.

She said the right for New Zealanders to be able to walk along the coast was "pretty precious, without somebody saying - get off my land!"

That access would have been threatened, she said, if not for the Foreshore and Seabed Act.

"There were some areas where settlements had returned land where people could no longer go ... Where something is clearly public estate, those issues don't arise."

National later repealed the law as part of a deal with the Māori Party after it came to power in 2009.

It restored the rights of iwi to seek customary rights in court and ruled that no one owned the foreshore and seabed.

But Miss Clark said her actions had "stood the test of time" and she would do nothing differently given the advice she had.

"It wasn't an easy call, but here we are, years later - how much substantially has changed about the position?

"If someone had given us the brilliant advice that [the foreshore and seabed] could be classified as not belonging to anybody that might have been quite helpful, but I don't recall ever having such advice."

The Māori Party was born out of the controversy after Tariana Turia walked out on Labour over the legislation.

The party's current co-leader, Marama Fox, said Miss Clark's comments were "a slap in the face for Māori".

"What Helen Clark did is spread fear in this nation. It was scaremongering. It was racist."

She suggested the Labour government really wanted to protect its ability to issue mining and drilling rights in the ocean.

"If Māori took ownership of the foreshore, you can damn well be sure that they would be looking after the environment a hell of a lot better than it was done by either red or blue governments for the last 170 years."

Miss Clark's statement was another reminder to Māori that Labour didn't have their best interests at heart, she said.

"If they're trying to secure the Māori vote, I'm not sure they're going the right way about it."

The Labour Party has never apologised for its actions, though Andrew Little - while party president - called the legislation a mistake.

The Labour MP for Ikaroa-Rāwhiti, Meka Whaitiri, said she couldn't justify the decision to remove the rights of Māori.

"It was a dark time in Labour's history, but it's also a sharp reminder of us not repeating that again."

However Ms Whaitiri wouldn't go so far as to criticise Miss Clark.

"I hold her in high regard as one of the longest serving Prime Ministers and an effective manager of the Labour Party."