The government has unveiled a plan to stop global corporate giants avoiding tax by shifting profits from New Zealand. 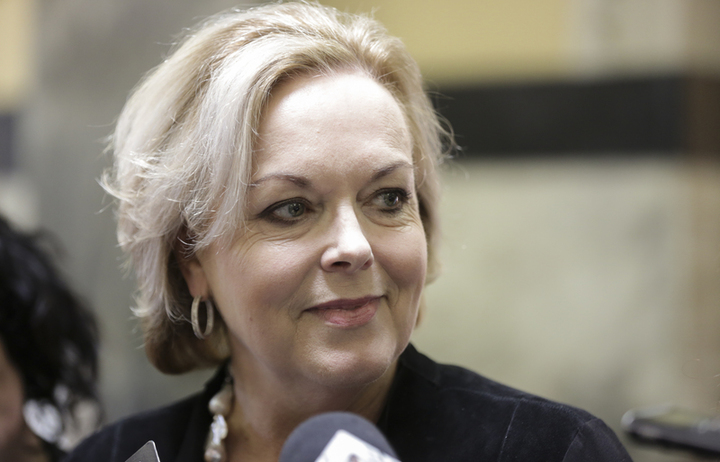 Revenue Minister Judith Collins said the changes were to "help maintain confidence in the fairness of the tax system". Photo: RNZ / Rebekah Parsons-King

The new rules are aimed at curbing the behaviour of multinational firms that could be costing New Zealand about $300 million each year in tax revenue.

Revenue Minister Judith Collins outlined the government's proposals in a speech to tax experts in Queenstown this morning, saying they "focus on improving the transfer pricing rules and the source rules, while preventing the abuse of double tax agreements (DTA) to avoid New Zealand tax".

Ms Collins said while multinationals provided many benefits for the New Zealand economy, the government did not intend to reward those firms that were "aggressive in attempting to flout the current rules".

"By closing loopholes and reducing opportunities for gaming the system, we not only ensure that multinationals and others pay their fair share of tax, but we also help maintain confidence in the fairness of the tax system."

It was important to provide a level playing field for all businesses operating in New Zealand, she said.

"While the majority of multinationals operating here are tax compliant, there is a minority that engage in aggressive tax practices. This kind of aggressive tax planning may increase if it is left unchecked."

New Zealand was already implementing recommendations from the OECD to avoid such practices, but the government believed more action needed to be taken.

In the consultation documents released today, the proposed reforms did not follow Australia and the United Kingdom in introducing a diverted profit tax (DPT). The measure would impose a penalty tax on companies artificially diverting their profits.

"While the government has not ruled out the adoption of a DPT, it would like to investigate an alternative approach."

The first proposal was to introduce a new rules to target 'permanent establishment avoidance'.

In order for the government to tax a non-resident on its sales in this country, the non-resident must have what is known as Permanent Establishment (PE) in New Zealand.

Ms Collins said the concern was that some non-residents had structured their affairs to avoid a PE "at law, even when one exists in substance".

"This typically involves the non-resident engaging a related party to undertake sales activities instead of carrying them out itself," she said.

Another area the proposals target is transfer pricing.

Ms Collins said this was where a "related company charges a New Zealand subsidiary an artificially high price for inputs such as raw materials, head-office services, or the rights to use intellectual property".

She said that resulted in the profits being shifted by the multinational away from New Zealand, where the government could tax it, to another jurisdiction where it would not be taxed by New Zealand.

Ms Collins said while there were already rules in place to deal with this, they were more than 20 years old, and since that time multinational transactions had become vastly more complex and less aligned with market behaviours.

"[The consultation document] proposes introducing rules requiring transfer pricing to align with the economic substance of a transaction. It also proposes rules allowing a transaction to be disregarded or reconstructed if it would not have been entered into between independent parties."

Also proposed were new rules and powers to allow Inland Revenue to access the information it needed from multinationals operating in New Zealand, but where that information was often held offshore, but that would only apply to companies refusing to co-operate with the IRD.

EY executive director David Snell said the new measures did have some bite, but they were reasonable.

He said the proposed steps would give Inland Revenue some real muscle and they would probably force some companies to restructure their New Zealand operations, which might add costs to their costs.

Mr Snell said he did not think New Zealand has been too badly affected by practices like disguising profits.

PWC tax partner Geof Nightingale said overall the package seemed to strike the right balance, but warned that in some cases, it may go too far.

"How do you define an uncooperative company? That's where they have to be very careful. Because once someone gets deemed uncooperative, then some quite strong powers come into play."

The Labour Party has welcomed the announcement, but said it had come after "nine years of delay tactics".

"You have to wonder if the Minister's actions have got a lot more to do with this year's election then any real attempt to force multinationals to pay their share of tax," said Labour revenue spokesperson Michael Wood.

"It's taken them a very long time to get round to it. The government knows that this is a political risk for them and they're just seeking to inoculate that.

"Having said that, it is good. Better late than never."

New Zealand First leader Winston Peters said he had little confidence in the government, given it refused to accept there was a problem as recently as last year.

"You've got people like Mr Joyce and Mr English who say they know what's going on and on this matter have shown themselves to be blissfully or deliberately ignorant.