After attending his one and only formal event at Waitangi this weekend, the Prime Minister says he's open to the idea of "taking Waitangi on the road" and celebrating the day in different parts of the country. 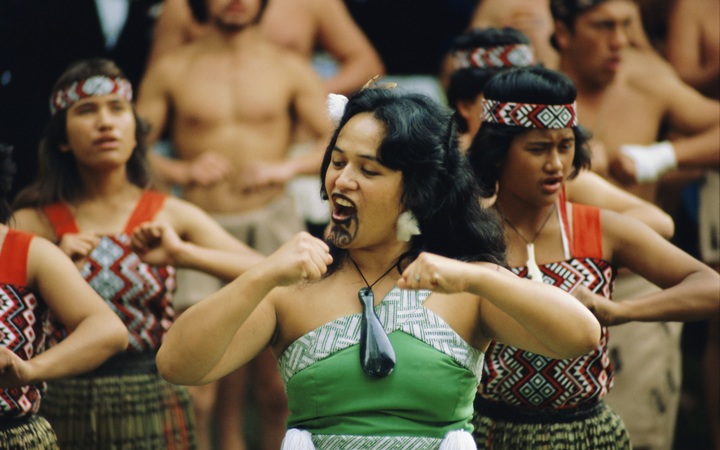 Bill English met about 150 iwi leaders in Waitangi this morning, where they had what he described as "open and gritty" discussions, which included freshwater allocation and the placement of Māori children in Child Youth and Family care.

There was a calm and orderly reception for Mr English and a large ministerial delegation at the Iwi Chairs Forum in Waitangi this morning, with just one, lone protestor outside.

He said they covered several topics, some of them difficult, including a shift away from the whānau-first approach to the placement of children under new Child Youth and Family legislation.

One of the iwi leaders at today's forum, the chairman of Waikato Tainui Rahui Papa said the principle of whānau-first was very important to iwi.

"We think that whānau, hapu and iwi are best place to look after children who have been removed, into the state's hands, and we think that if they're given the opportunity in their own cultural context within their own heritage and legacy then that helps the child and helps relieve some of the pressures."

Mr English said that legislation was not finalised, and while the government was open to possible changes, it would not be "anything dramatic".

"Part of the discussion is about everyone understanding what's in the legislation, which the government believes is in pretty good shape.

"There are some other views that it needs to go further, or this clause, or that clause needs to be changed, and we're open to having that discusson because it's so important." 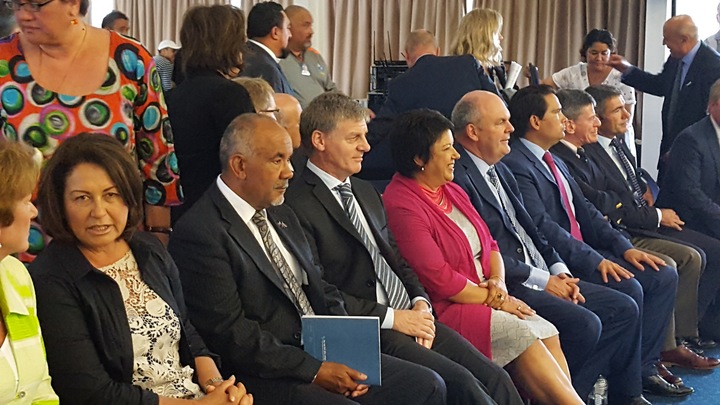 Mr English said the issue of freshwater was still going to take a while to settle.

"Not just about iwi issues but about the plan for maintaining the quality and improving the quality of our freshwater and I think they're encouraged by that.

He said the Environment Minister Nick Smith was dealing with iwi-related issues "month after month", and iwi indicated today they wanted to do three rounds of consultation with Māori around the country.

"So I think we've learned not to try and push, not to move too fast and to the job properly."

Mr English will not attend the powhiri for the Crown at Te Tii Marae on Sunday as he would have not have been able to speak on the marae, and he'll be hosted by Ngāti Whātua in Auckland on Waitangi Day itself.

He said while he had not had any the specific invitations, if he was still Prime Minister next year, he would be open to celebrating Waitangi Day in other parts of the country.

"That's been the most common suggestion I've heard from the public and from iwi so I think it's worth investigating because the treaty was signed in quite a number of places and I suppose the benefit of it would be that New Zealanders who don't live in the far North see a bit more of the relevance to their particular area.

"I think if the government said it was going to move around on Waitangi Day I don't think there'd be any shortage of interest from iwi - they'd be falling over themselves to provide that opportunity for their local communities."

However, Harry Burkhardt, chairperson of the Ngāti Kuri Trust Board and host of the iwi forum said Waitangi as a location does have special significance.

"The ability of us to honour that legacy is relatively critical for us."

As Te Tii marae prepares to welcome opposition leaders on Sunday, some media have been asked to pay up to $10,000 for rights to film on the marae.

Mr English was staying well clear of that particular debate.

"If it's an argument between the media and Te Tii Marae, I would have to say they are well fitted to have an argument, those two parties, and they should just head off and have it."