Owners of menacing or dangerous dogs will be required to get a high-risk dog owner licence from their local council. 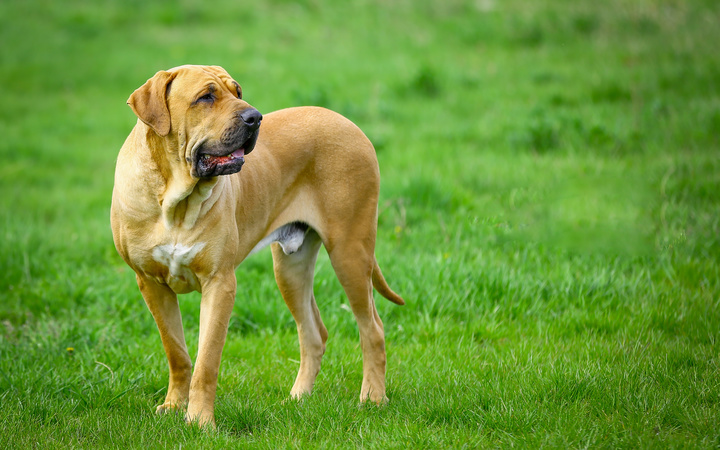 The Brazilian Fila, pictured, is one of four breeds classified by the Dog Control Act as menacing - along with the Dogo Argentino, Japanese Tosa and Perro de Presa Canario. The American pitbull terrier type is also classified as menacing. Photo: 123RF

The government has today revealed its second set of proposals to reduce the risk and harm of dog attacks.

Owners of dogs classified as menacing or dangerous would need to demonstrate they were capable of handling a high-risk dog.

Their property would be inspected and they would need to show they understood their legal obligations.

The dog's temperament would also be tested, and licence holders would be the only exception for the adoption of menacing dogs from animal shelters.

Maximum penalties for dog attacks causing serious injury would also be increased, and offences causing endangerment or injury would be extended to include incidents occurring on private property, not just public spaces.

Legislation enacting the changes will be introduced in February next year.

That programme was launched today with Rotorua and Opotiki the first districts to roll it out, Ms Upston said.

"The neutering programme will help to reduce the number of menacing dogs in our communities, and minimise the risk of attacks.

"Owners of menacing dogs in Rotorua and Opotiki wishing to neuter their dog should contact their council."