An elderly man attacked by an American bulldog in Kaikohe is calling on the council to do something about vicious dogs in the town. 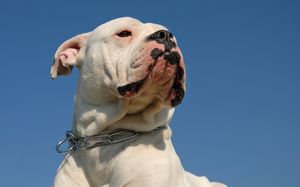 Jim Morgan, 92, was walking his small dog at the weekend when it was rushed and attacked by a stray dog near his home in Harold Street.

He said it was the third time the pair had been attacked by stray dogs, and he had been knocked to the ground before, injuring his knees and elbows.

Mr Morgan said he was knocked over and badly bitten on the hand on Saturday as he fought to protect his dog, Sandy.

"The terrifying part is when you're knocked over and lying on the ground bleeding and you've got a damn big dog on top of you, trying to tear my dog to bits," he said.

"And you've got your hand around his front trying to pull him off and you're getting bitten."

He said he was feeling shakier today than he did at the time, and the vet bill for his small dog was $650.

Far North District Council animal management leader Ken Thomas said the dog that attacked the pair would be put down.

The bulldog was registered and had no history of aggression, Mr Thomas said.

The dog's owner was shocked to hear of the attack, he said, and had signed the animal over to the council to be euthanised.

Mr Thomas said the dog had proved placid and easily-controlled in the council's care, and the unpredictability of the attack was an argument in favour of compulsory dog-obedience training.

He said the council could not make people train or socialise their dogs under the current law.

But it was lobbying the government for the right to make training mandatory to socialise breeds known for their fighting instincts.

Demands to better regulate dangerous dogs have been mounting after a pit bull terrier left a boy with serious injuries in South Auckland, the fourth such attack in the area in a month.

The Association of Plastic Surgeons and various local government representatives called for a ban on pit bull-type dogs.

However, the SPCA and New Zealand Kennel Club have said such a ban would be impractical and unlikely to work.