That is the message from the victim of an attack by vicious dogs, who is welcoming government plans to restrict ownership of some breeds. 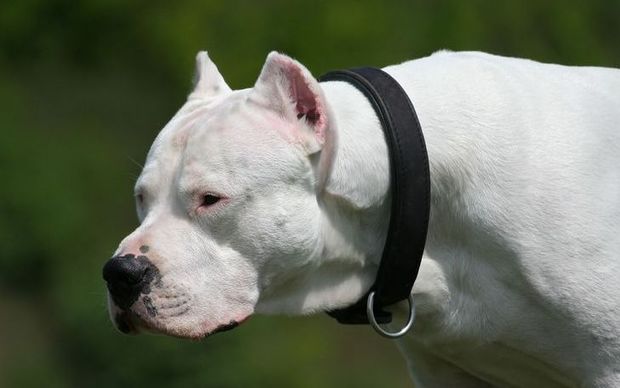 New restrictions mean all dogs which are considered 'dangerous or menacing' will have to be neutered. Photo: 123RF

Napier woman Noriko Crofskey used to take regular evening runs along the beach from her Napier farm to the nearby settlement of Whirinaki.

But in September last year, Mrs Crofskey was attacked by three dogs which had escaped from a nearby farm.

"My arm was mauled by the pit bull, and I just remember it had really long teeth, and it bites down really hard.

"When it shakes its head ... I don't know what that's called, but ... it's just made for attacking, I think, that sort of animal."

Mrs Crofskey was left with severe lacerations to her right arm and buttocks, and is now firmly in support of new government plans aimed at clamping down on dog attacks.

The measures will see all dogs which are considered "dangerous or menacing" neutered, and compelled to wear distinctive collars identifying them as such.

Owners will have to fence off properties, and offer at least one "dog-free" entrance, and people will no longer be able to adopt those dogs from animal shelters.

A former president of the Plastic Surgeons' Association and long-time advocate for more stringent regulations around dangerous dogs, Sally Langley, said dog attacks could have a profound impact on victims.

"Anyone - in particular children - it's really horrendous.

"The child will undergo pain, suffering, one or more operations ... they'll be scarred, disfigured to some extent. There are profound effects."

But not everybody is happy with the new rules.

The plans have been met with trepidation by some dog owners and trainers, who said the breed-based approach was naive, and ignored the fact that all dogs can be dangerous.

They said a better approach would be boosting research into canine behaviour, and educating owners - and the public - about how to act around dogs.

But Mrs Crofskey said dogs were animals - and we should not attribute human characteristics to them.

"I think that's what people have to get through their head: your dog is lovely to you because you feed it and you give it a home.

"But when it's a completely different person that they've never seen before, you really don't know how they're going to react."

Mrs Crofskey does sympathise with owners who love their dogs - but she said she was at a loss as to why they would put other people in danger.

"You really should be treating a dog like you do a firearm. A dangerous dog is just as dangerous to people," Mrs Crofskey said.