US President-Elect Donald Trump has told John Key the United States' relationship with New Zealand is "top notch", and he wants to keep it that way, in their first phone call today. 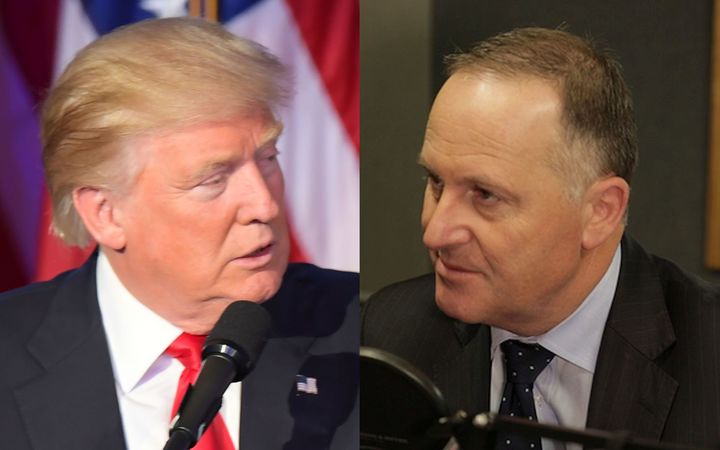 Mr Trump - who won the presidential election last week - initially tried to contact the New Zealand Prime Minister yesterday, but Mr Key was in Cabinet at the time.

Mr Key talked to Mr Trump this morning, and said he specifically raised his wish to talk further about trade and the Trans-Pacific Partnership (TPP) during his conversation.

Speaking to reporters in Kaikoura today, Mr Key said they did not get into any specifics about the trade deal in their phone call.

"I said to him I thought it was worthy of a much fuller discussion at a time that was convenient, but the US leadership in the region was something we highly valued and we believed it was highly beneficial to the United States.

"But we need a chance to get his feet under the table and get a proper assessment of things and he can take stock then and see where we can move things forward."

Mr Key said Mr Trump was "not rejecting" that notion.

"So let's see how it goes, the whole way through I don't think he's said he's opposed to trade, what he's said is he doesn't believe the conditions for the United States for the TPP are set in the right place, so it's very early days and it's very superficial."

"He was very knowledgeable about what's going on. He made reference to the Christchurch earthquakes that had taken place, he spoke fondly of the time he had spent in New Zealand, albeit briefly, many years ago."

The two men were keen golfers and Mr Key said Mr Trump mentioned "he was a golfer", and that he talked a lot about Bob Charles.

"And his respect for Bob Charles as a golfer and he asked me to give him a ring and pass to Bob his best wishes."

Mr Key said he had been busy dealing with the aftermath of the quakes, so had not yet made that call.