Labour has asked the Speaker of the House to investigate whether the Parliamentary Service is monitoring MPs' emails. 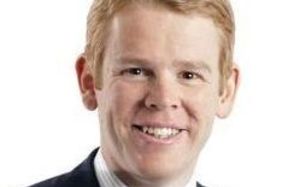 The party's Shadow Leader of the House, Chris Hipkins, told Parliament the service was monitoring, and in some cases blocking, emails to and from MPs based on government security classifications.

"I want to raise with you a very serious matter with regard to members of Parliament being able to conduct their business, and it does relate to the order of the House.

"I had an email exchange last night with a journalist, a member of the Press Gallery, that was blocked and I was not able to send it as the document attached, that I had obtained under the Official Information Act, has previously had a government security classification."

He said the fact the Parliamentary Service was monitoring emails between MPs was "completely unacceptable" and "clearly a breach of privilege".

He has asked the Speaker, David Carter, to investigate.

Mr Carter said he would look into it and report back to the House tomorrow.

The Parliamentary Service said it had no comment to make, except that it was working with the Speaker on the matter and would know more in the next couple of days.