Parliament has adopted a protocol that will give MPs and journalists working in the parliamentary precinct complete control over the release of any information that relates to them.

MPs have been debating under extended hours a report by the Privileges Committee that lays out the protocols for the release of that information. 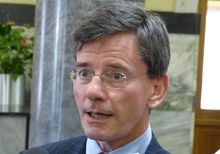 The report is the result of an inquiry into the handling of information in an investigation into the leak of a report on the Government Communications Security Bureau.

Attorney-General Chris Finlayson said on Wednesday that under the protocol individuals would have to give specific consent before such information is released.

"There should be a presumption that information on Parliamentary information and securities systems should not be released."

Senior Labour MP Grant Robertson told the House the report arose from one of the most shambolic episodes the Government has been involved in.

However, he believes it has turned into something useful, saying MPs do a number of different jobs that are not and should not be released without their permission.

The Speaker will now sign off the protocol, and it will be reviewed every three years.

Meanwhile, legislation clarifying the nature and scope of Parliamentary Privilege has passed its second reading on Wednesday.

The Parliamentary Privilege Bill passed the reading unanimously and will now be debated clause by clause.

The House is sitting under extended hours before adjourning next week before the general election on 20 September.