Parliament's privileges committee has laid out the protocols for the release of MPs' and journalists' information. 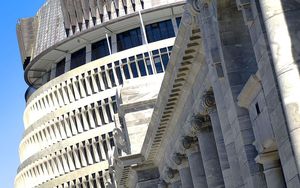 The committee has released the second of two reports on the handing over of information to an inquiry into the leak of a report on the Government Communications Security Bureau.

The committee's report says MPs and journalists working in the Parliamentary precinct should retain complete control over the release of any information that relates to them.

Under the new protocol, individuals would have to give their specific consent before any information is released.