New Zealand views Helen Clark's campaign to be the next UN Secretary General as completely separate from its role on the Security Council, Prime Minister John Key says. 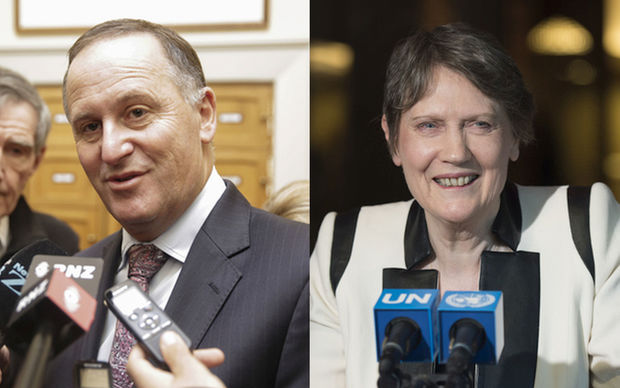 Mr Key said Ms Clark's candidacy had no impact on the issues New Zealand was trying to push on the Security Council.

"We're not holding back our punches [just] because we're trying to support Helen Clark's candidature."

He said the government would be looking for Ms Clark to improve her ranking, however permanent council member Russia had made it very clear it favoured an Eastern European candidate, or at least someone from Europe.

He said while Foreign Minister Murray McCully had "quite extensive conversations" with his Russian counterpart Sergey Lavrov, he did not intend to lobby the Russians personally.

"I think if we thought it would move things along, we would.

"And they're not in any way, shape or form being duplicitous," he said.

"They're not saying one thing to our face and another thing behind our back - they're quite clear and open with us that they believe it should be an Eastern European candidate."

Mr Key said September, when New Zealand would hold the presidency of the UN Security Council, was an important month for the country.

"And so that'll give us the opportunity to push an agenda, which will be in relation to Syria - it's likely that's an area we'd like to make progress," he said.

"If we could, some form of resolution that would continue to lend support to the people of Syria and look to resolve some of the issues they have there, then that would be useful but it's one of those things where it's a difficult and delicate process."

However, he said New Zealand had "to be realistic".

"There's a number of interested parties obviously there and quite a broad number of countries actively involved, so we're just trying to progress along this issue."