The government has approved three new Special Housing Areas (SHAs) in Nelson, in a bid to free up more land for housing. 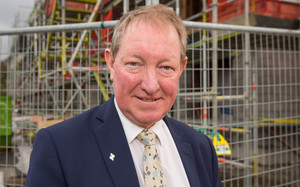 The SHAs, which are in place in centres around the country, fast-track council planning processes by designating land for housing.

Building and Housing Minister Nick Smith, who is also the MP for Nelson, said average house prices in the city had increased by 10 percent in the past year and more homes were needed.

The new areas are on Wakefield Quay, Haven Road and at Fairleigh.

There are already 10 special housing areas in Nelson, which have attracted keen interest from property developers.

Some residents fear the building of apartment blocks will detract from the city's environment.