Would-be buyers are struggling to find affordable homes in Auckland's Special Housing Areas, and some are now packing up and leaving town.

Bronwen is in her late 30s, and among many Aucklanders in their 20s and 30s hoping to buy their first home. But, like many, she's searched and given up.

Some have resigned themselves to renting, while others like Bronwen and her family have decided to leave. 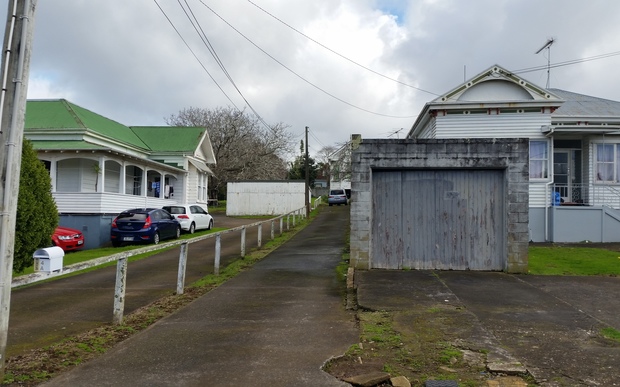 This area has been designated for 48 homes - but there are villas on the section with people still living inside. Photo: RNZ/ Alex Ashton

She had a maximum budget of $750,000 - and wanted to buy an affordable home, within a Special Housing Area (SHA).

The areas are blocks of land set aside by local and central government to speed up the supply of housing. Developers on them are legally bound to provide some affordable homes, defined in relation to the surrounding market.

Affordable for Bronwen meant no more than three quarters of the median Auckland house price.

But despite her calls and emails, she could not find a so-called affordable home.

"Nobody seems willing to help - nobody seems to know anything really."

The advice Bronwen received was to go back to Auckland Council, which she did.

"They came back to me and said the best advice they could give was drive past the sites, and hope that there was some signage up with some contact details," she said.

"I've done that and I haven't found anything." 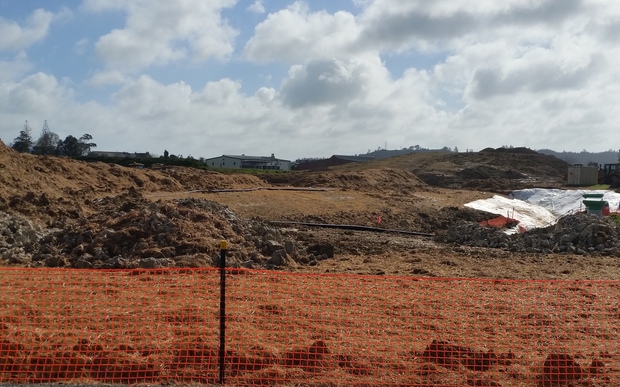 First, the Huapai Triangle development in Kumeu, West Auckland. When the government announced the first tranche of SHAs in October 2013, this was the biggest, with 2000 homes planned.

Nearly three years on, land development is under way, but there's no mention of any houses - only sections. A sign at the end of the street was advertising 'premium sections', eight of which were 'affordable'. When Checkpoint contacted the number on the sign, it found those affordable sections were not yet for sale. 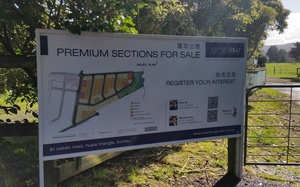 Auckland Council's website said 140 houses in the Huapai Triangle would be affordable.

In another Special Housing development, on the site of the old quarry in Three Kings, 78 homes were being built, eight of which must be affordable.

Checkpoint couldn't find anyone there to discuss affordable housing. A site office, comprised of two Portacoms stacked on top of one another, was empty.

No obvious signage, and no numbers to call. Work was under way - but no one was there to show people where to sign up.

Finally, Checkpoint went 10 minutes down the road to Onehunga, to a development of 48 homes.

But there were still villas on the sections, with people living in them. There was no sign of the five to 10 affordable apartments due for completion next year.

Watch an interview with Donal Curtin, who lives near another SHA, in Browns Bay on the North Shore:

Househunters like Bronwen are frustrated and say it's just too hard.

Bronwen said she now planned to leave Auckland for a few years, and hoped something would change in the meantime.

"Whether that be that some of these developers might actually do something with the land, or whether there might be some legal changes. We're just crossing our fingers really and hoping we're making the right decision."