Most councils are welcoming the government's $1 billion interest free loan for new housing, although one Christchurch Christchurch Councillor says it is unlikely to make housing more affordable.

The Housing Infrastructure Fund will be open to councils in the high-growth areas of Auckland, Christchurch, Hamilton, Tauranga and Queenstown to try to speed up house-building.

They will be able to apply for money to bring forward new roads and water infrastructure needed for new housing, where financing is a constraint.

Each council would be expected to pay it back within 10 years.

Applications will not be accepted until later this year, but councils have been urged to start planning.

The government said it is only a one-off fund, and money will only go to projects where there is a guarantee new housing will be built and a commitment to how many will be built and how long it will take for them to be ready. 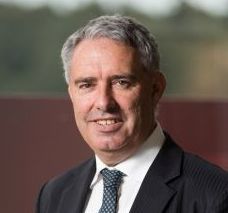 "The theory that somehow you can just release all this land, and it will bring the cost of housing down is a bit short sighted.

"If you're gonna release a whole lot of land, it'll actually cost a fortune to service it with infrastructure."

He told Morning Report he will push for the fund to include land within the existing urban area, and sites that have previously been developed.

"We know there's a lot of discussion yet to be had on how it would be interpreted.

"And so in amongst that we most definitely want to apply some of the spend to really ensure the development of brownfields activity."

However, the government has said the fund will only be available for "substantial new infrastructure investments" and not to replace existing infrastructure.

Auckland mayoral candidate Phil Goff has welcomed the announcement, saying it showed the government took the lack of housing seriously, but much more action is needed.

"Auckland alone, in the next 10 years, needs $20bn worth of infrastructure service in new housing developments," Mr Goff said.

He told Morning Report the fund would only make a difference around the margins in Auckland, and more money, plus a government house building programme, would be key to easing the housing crisis.

"Kickstarting an affordable building programme is a much better idea than falling short by at least 4000 houses a year, so that prices go through the roof, a housing bubble is created and we face the dreadful prospect of growing homelessness."

Another Auckland mayoral candidate Vic Crone questioned the timeframe councils would will have to repay the loan, and said debt levels were already a concern for the Auckland Council.

"Our debt levels... are increasing from three and a bit billion from the start of the supercity, to 11 billion by the end of the... 10 year plan."

And while the move has been greeted positively by some councils, Christchurch said it would not not be applying.

Councilor Raf Manji said there is already a lot of land rezoned and ready to build on, and the infrastructure is there.

"I think it's really for councils who are struggling to fund the infrastructure and have got supply constraints.

He said increasing land supply would not address housing affordability as long as developers are building for profit.

"At some point I think the government is going to have to step in and start building the houses themselves, or funding people to build those houses and basically under-writing the future sale or rental of those homes."

Hamilton mayor Julie Hardaker said there is already enough zoned land in her region for the next three years. 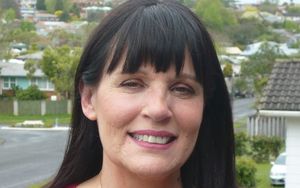 "We're in a reasonably good position, we don't have any special housing areas like other regions.

"What we'll be doing is looking for other areas in the city that we could open up."

However, the Tauranga Council said infrastructure funding was sorely needed.

Its mayor, Stuart Crosby, said the region has been struggling with debt, and government funding would help it expand its residential zones. 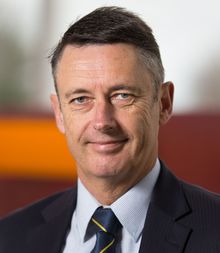 "Hopefully this fund will assist with staying in prudent debt levels, but also allowing basic infrastructure to be put into the ground quicker, therefore more sections become available sooner rather than later."

RNZ has reached out to the Queenstown mayor, who is yet to respond.