There has been a total policy failure during the past decade to reduce greenhouse gas emissions, the Green Party says.

The latest assessment of the country's greenhouse gas emissions shows they are at their highest level since 1990.

The agriculture and energy sectors continued to be the highest contributors - making up almost 90 percent of New Zealand's climate-damaging emissions. 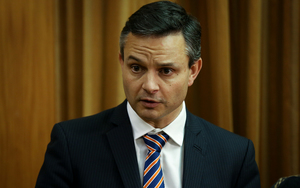 Green Party co-leader James Shaw said he is disappointed by the latest results and he wanted the government to step up and fulfil its international obligations.

He said the government has the data at its fingertips to create effective climate policies, and he is willing to help it with that.

"The government has the opportunity to do the right thing.

"They have signed up to the Paris Agreement which commits the county to doing everything in our power to limit global warming to one and a half degrees," he said.

"We have extended an offer to work with them to ensure that we deliver on that commitment."

The Green Party have a comprehensive plan, including a price on carbon and tax cuts, to reduce emissions, Mr Shaw said.