Last month was the warmest April since statistics dating back to the 19th century started - and the seventh month in a row to break temperature records, NASA figures show.

The latest figures show April temperatures smashed the previous record for the month by the largest margin ever. 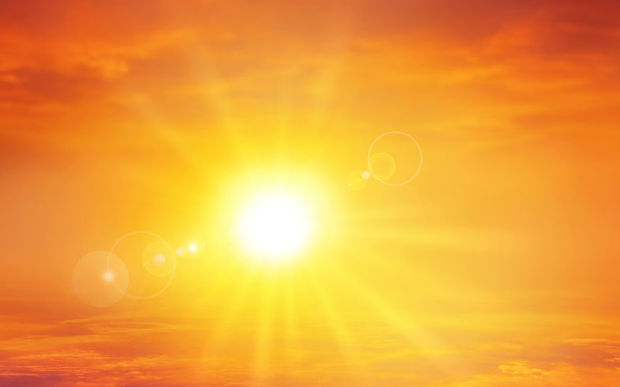 That means for three months in a row, the monthly record has been broken by the largest margin ever. The new record for April trounced the previous one, set in 2010, by 0.24C.

Several northerly regions, including the US state of Alaska, saw very hot temperatures during April - a pattern repeated in previous months.

The records for April will raise questions about the achievability of a goal to hold global warming to 1.5°C, agreed at the Paris climate talks in December 2015.

On Monday, governments began work on a rule book to implement the Paris Agreement, with the United Nations urging stronger action after a string of record-smashing monthly temperatures.

The meeting of government experts is the first since 195 nations agreed in December to limit climate change by shifting from fossil fuels to green energies by 2100. It will begin to work out the detail of the plan. 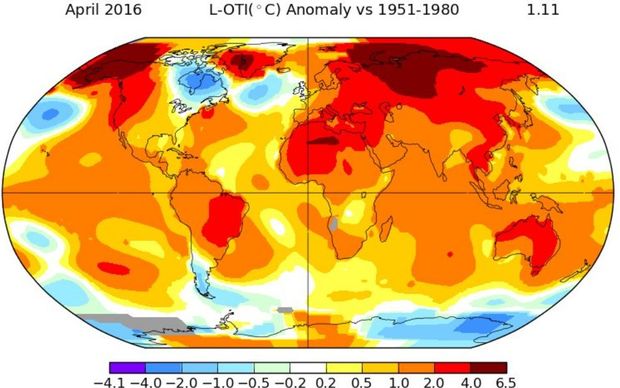 The agreement sets targets for shifting the world to green energies by 2100 but is vague, for instance, about how governments will report and monitor their national plans to curb greenhouse gas emissions.

Many government delegates at the start of the May 16-26 UN talks, in Bonn, Germany, expressed concern about rising temperatures and extremes events such as damage to tropical coral reefs, wildfires in Canada or drought in India.

"We have no other option but to accelerate" action to limit warming, Christiana Figueres, the UN climate chief, told a news conference asked about the NASA data.

She said record temperatures were partly caused by a natural warming effect of an El Nino weather event in the Pacific Ocean, magnified by the build-up of man-made greenhouse gas emissions.

She said national promises for curbing greenhouse gases put the world on track for a rise in temperatures of between 2.5°C and 3°C, well above an agreed ceiling in the Paris text of "well below" 2°C with a target of 1.5°C.

"Certainly we are not yet on the path" for the Paris temperature targets, she said.

Last month, the Paris Agreement was signed by 175 governments at a New York ceremony, the most ever for an opening day of a UN deal, and including top emitters China and the United States.

The agreement will enter into force once 55 nations representing 55 percent of world emissions have formally ratified.