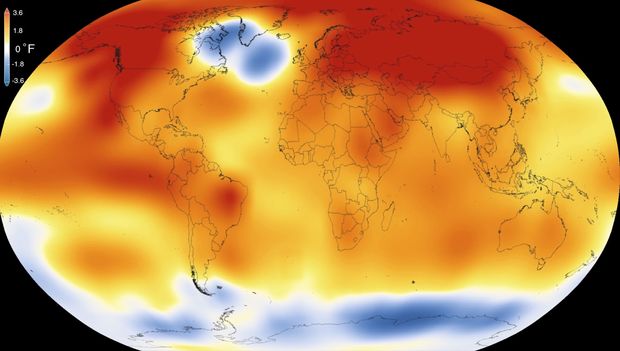 The latest figures from NASA show last month's temperatures deviated from the historical norms by a wider margin than any other month ever recorded.

Victoria University of Wellington professor James Renwick said extremes were on the rise, and the planet had reached the stage where something has to be done immediately.

He said greenhouse gas emissions were going up, and carbon dioxide concentrations were at record levels, but if emissions were tackled now, the world could avoid some of the worst effects of climate change. These included rising sea levels, massive droughts, floods and big heatwaves.

"It is never to late (but) it is getting late in the day.

"The climate community has been warning about this since the whole IPCC (Intergovernmental Panel on Climate Change) process in the late 1980s, so it is getting on 30 years now that the message has been the same."

"In terms of those sorts of indicators everything is going in the wrong direction," Professor Renwick said.