New Zealand has joined 170 nations in signing the Paris Agreement, and while the Climate Minister is hopeful it will mean real change, Greenpeace is doubtful. 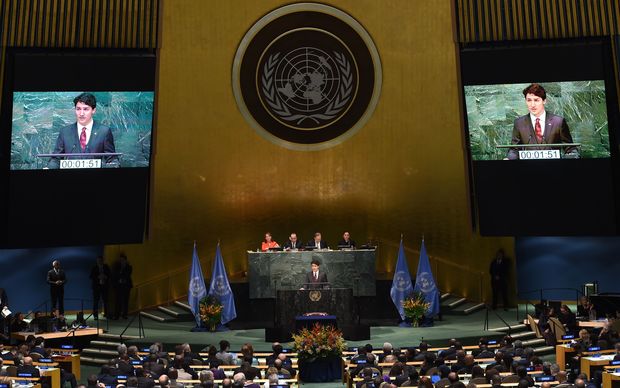 Climate Change Minister Paula Bennett signed the agreement at a ceremony at the United Nations in New York.

More than 170 nations have signed on the first day the agreement has been open for signature.

Mrs Bennett told RNZ News she hoped New Zealand would ratify the Paris Agreement within the next 12 months.

Speaking from New York, she said while New Zealand's target was ambitious compared to others, she was confident it would reduce emissions to 30 per cent below 2005 levels by 2030.

"Everyone was talking about what the next steps are from here, and that have to be real and they have to be significant, and we've got a bit more work to do yet."

"The messaging was consistent from just about all countries, they really want to make a difference.

"No one underestimated the seriousness of it, and I think the commitment really is there - so I'm certainly hopeful that we're going to see real change."

She described the agreement as momentous.

But Greenpeace climate campaigner Simon Boxer said it was doubtful the Paris Agreement would result in any real action being taken in the global fight against carbon emissions.

"If the governments aren't prepared to turn these kinds of agreements into binding emission reductions back in the country, and actually shut things down like, for example, we need to see the Huntly coal power station stop operating now.

"These are the tangible things that have to happen."

At least 55 countries would have to ratify the agreement before it can come into force.

The ceremony, timed to coincide with Earth Day, was hosted by the UN secretary-general Ban-Ki Moon, who said the Paris Agreement would shape the lives of all future generations.

Mrs Bennett told delegates the government's number one priority was economic growth and the agreement was the foundation of efforts to do that in a sustainable way for the planet.

She said the next step was for more of the operational details to be fleshed out, so New Zealand could consider timing and the best way to ratify the agreement. 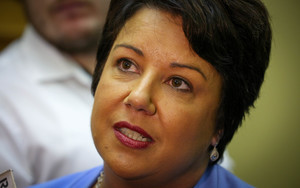 The UN hoped the record turnout on the first day of signing would spur nations to ratify the deal in their parliaments, opening the way for the treaty to come into force earlier than expected.

Some of the Pacific nations most vulnerable to the rising seas brought on by climate change, including Fiji, Tuvalu and Kiribati, intend to ratify shortly.

One of the biggest greenhouse-gas emitters, China, said it would ratify by September.

Hollywood actor and climate change campaigner Leonardo DiCaprio addressed delegates, saying the planet could not be saved, unless fossil fuels were left in the ground.

"After 21 years of debates and conferences it's times to declare no more talks, no more 10-year studies, no more allowing the fossil fuel companies to manipulate and dictate the science and the policies that affect our future. This is the body that can do what is needed."