Sexual abuse workers say they're worried it might take a long time for rural communities to see the funding promised to help the sector stay afloat. 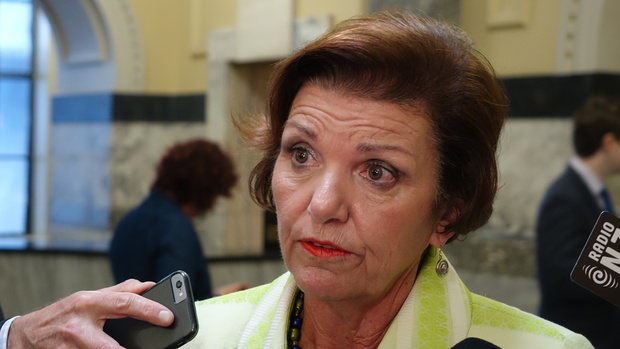 The government will put $46 million from this year's budget into support services for sexual abuse victims, including $41 million of new funding over the next four years.

At a press conference this morning, head of the HELP prevention clinic Catherine McPhillips was fighting back tears.

An hour earlier, she had been told the government was finally putting money aside for sexual abuse support.

She said sexual abuse has been a dirty little secret in New Zealand, but things were changing.

"It being very publicly funded by government, publicly being able to be talked about, that's part of that social change that will make people feel like it's okay to put your hand up and say 'I'm a survivor, this happened to me'.

"At the moment we live in an environment which is actually quite hostile to that."

She said the sector has been in crisis for several years, and an emergency $10 million injection by the government two years ago helped it just stay afloat.

Still, it had not been enough.

"A lot of parts of the country have had no access to a 24-7 telephone service, or might have a very part-time callout service.

"You were lucky if you went to the police on a Friday, because you had someone that could go with you and look after your well-being, but bad luck if it was a Thursday."

She said even though her clinic was financially stable, it was still understaffed, and up to a quarter of callouts could not be attended to.

Minister for Social Development Anne Tolley said the money would go to help existing services as well as extending support to provincial areas which were currently cut off.

Ms Tolley said the funding will be rolled out to those provincial areas, but it would take time.

"We want to make sure that we have good, professional staff. So that's why we've given ourselves a bit of time.

"Auckland, Wellington, Christchurch, where we already have many of our agencies working already will probably get the new service well ahead of our provincial services."

National Rape Crisis spokesperson Andrea Black said that without funding the sector had lost a lot of social workers, and those who remained often had to volunteer to ensure people were getting help.

"Often in our rural communities, being able to provide safe services has been very tricky at times and really holding the service and the workers in a safe environment, we've done to some degree, but sometimes we're not able to respond."

"We know that the lack of response at times has caused people to make choices that are harmful."

She said the funding announcement came as a relief, but the government needed to review how that money was allocated.

"There are areas where our specialist services have been reduced or have not been able to access that funding because they don't have MSD approval."

"In terms of building capacity, there's a long way to go yet, especially from a Kaupapa Māori perspective, and often there are no Kaupapa Māori services or they're not funded."

The Miriam Centre is a grassroots counselling service covering large parts of Northland, and gets around five or six new referrals every day.

Its chief executive Patsy Henderson Watt said she stayed awake at night trying to figure out how she would pay her staff.

She said the government needed to help those on the ground doing work, and not just the big organisations.

She said it was a hard role working at the sharp end of sexual abuse problems, which could sometimes be intergenerational.

"We've done it without money, but I don't know how long we can keep going."

She said sexual abuse services were overloaded and under a lot of pressure, and the government needed to start thinking about long-term funding that would bring much-needed stability to the sector.

If you need support relating to sexual abuse, call Rape Crisis on 0800 88 33 00 or visit www.rapecrisisnz.org.nz