The Trade Minister Tim Groser is welcoming the announcement by the United States that it intends to sign the Trans-Pacific Partnership agreement. 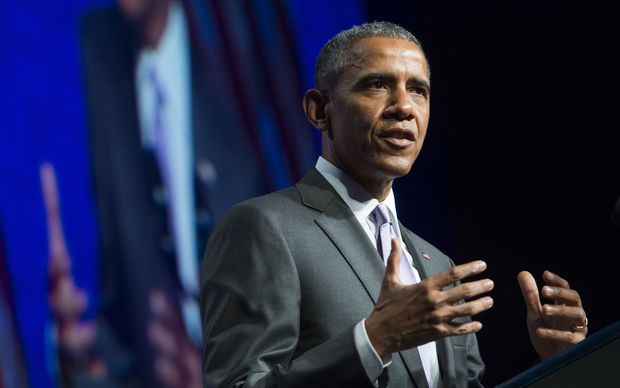 Mr Groser said the decision by US President Barack Obama was a crucial step towards the signing of the deal.

Mr Groser said it meant the free trade deal, which he said would open up significant long-term benefits for New Zealanders, was another step closer.

"We knew that announcement would have to come under this bi-partisan act at some stage, but it has come sooner than some of us expected and that's a good thing as what it does is bring the prospect of these gains for New Zealand...a little closer, so I'm very pleased indeed."

"But they will get the big point, and the big point is, as the prime minister has said, we're never going to get better off just trying to sell for ourselves."

The United States has three months before it can sign the agreement, Mr Groser said.

While Mr Groser is confident the US will sign the agreement, a key US senator said the Obama administration may have to renegotiate parts of the TPP.

Republican veteran Orrin Hatch, who chairs the senate finance committee, suggested a tough battle ahead if the trade deal was to win support in Congress.

Mr Hatch, whose support will be crucial to passing the deal, said although he reserves judgment on the fine print, negotiators might have to go back to the table.

He said failing to secure 12 years' patent protection for next-generation biological drugs could make it hard for innovators to recoup investment in new products, drive companies out of the industry and leave American consumers subsidising cheaper medicines in other countries.