The government is considering whether to appeal against a court decision finding Trade Minister Tim Groser acted unlawfully in the way he rejected requests for information about the Trans-Pacific Partnership (TPP) negotiations.

Trade Minister Tim Groser was found to have failed to comply with the OIA when deciding to refuse the requests. Photo: RNZ / Alexander Robertson

Prime Minister John Key has said, if no appeal is taken, then there will have to be a change of behaviour by ministers considering Official Information Act (OIA) requests.

The court action against Mr Groser was taken by a group led by a long-time critic of the TPP, Auckland University law professor Jane Kelsey. 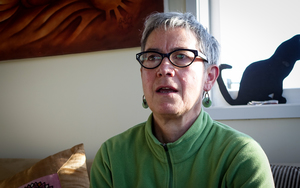 Professor Kelsey had requested documents related to the negotiations, but Mr Groser rejected her request.

Justice Collins found the minister did not properly follow the OIA in reaching his decision to reject the request.

Mr Key said the principle that the government could not release texts when other countries had agreed not to was sound.

"Actually [Mr Groser's] decision not to release was supported by the [Chief] Ombudsman.

"We now need to have the officials go and review that and determine what the next steps are, whether the government wants to appeal that decision and if they don't then there will obviously have to be a change in behaviour going forward." 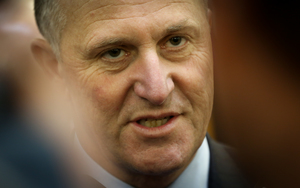 Green Party MP Russel Norman said he hoped the court decision would mean an end to the National-led government's abuse of the OIA.

"John Key's statement suggests that the ministers in his government routinely are in breach of the Official Information Act.

"Really that's no surprise when the Prime Minister himself advised public servants and ministers to routinely break the act when he said 'we delay stuff as long as we can' when the act is absolutely clear that the government should release information as soon as possible."

Professor Kelsey said there was a problem with the current government and what she called its strategy of delay.

"An appeal would further delay the access to the documentation. That would be unfortunate and I think people will take unkindly to that, given that there is a groundswell of sentiment about the secrecy and lack of democratic engagement in this process." 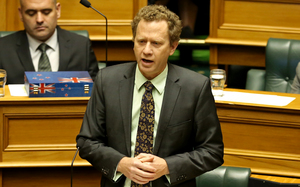 There were serious questions that had to be asked about the Chief Ombudsman's failure to hold the Trade Minister to account, Professor Kelsey said.

She said the role of the Office of the Ombudsman was to hold the executive to account, to comply with their legal obligations

The Chief Ombudsman, Dame Beverley Wakem, was not available for an interview but her office said in a statement that the court decision only related to the decision-making process followed by the minister.

It said any suggestion that the court passed judgement on the merits of Dame Beverley's decision was incorrect.