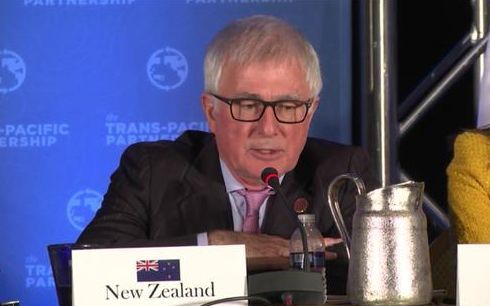 Jane Kelsey, a long-time critic of the TPP, had requested documents related to the negotiations, but Mr Groser rejected her request.

Justice Collins found the minister did not properly follow the Official Information Act in reaching his decision to reject Prof Kelsey's request.

"When the minister refused Professor Kelsey's request neither he nor his officials assessed each piece of information requested against the criteria in the Act for withholding official information.

"Instead, the minister adopted a "blanket approach" to the request based upon his knowledge of the categories of documents requested by Professor Kelsey. I have concluded this approach did not comply with the Act."

Justice Collins quashed Mr Groser's decision in relation to six of the categories of documents requested, saying they would have to be reconsidered. 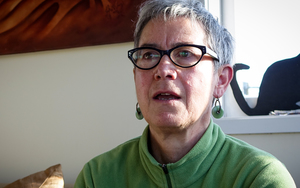 "When the minister reconsiders his decision he will be required to do so in a way that is consistent with his obligations under the Act."

Trade ministers from the 12 countries involved in the negotiations reached a deal on the TPP early last week and Prof Kelsey said it was cold comfort the minister would have to revisit the request.

"His unlawful approach in circumventing the Official Information Act appears to have achieved its goal.

"Nevertheless, the minister should now release at least some documents that can help inform the debate on the TPPA."

She said the court's judgement did have a longer term benefit.

"It sends a message to this minister and his colleagues in the executive that their legal obligations under the Act cannot be flouted just because they are politically inconvenient, and that people are prepared to challenge them if they do."

Prof Kelsey said the judgement also raised serious questions about the failure of the Chief Ombudsman to hold the minister to account.