About 300 people descended on Parliament this afternoon to protest against New Zealand joining the controversial Trans-Pacific Partnership (TPP). 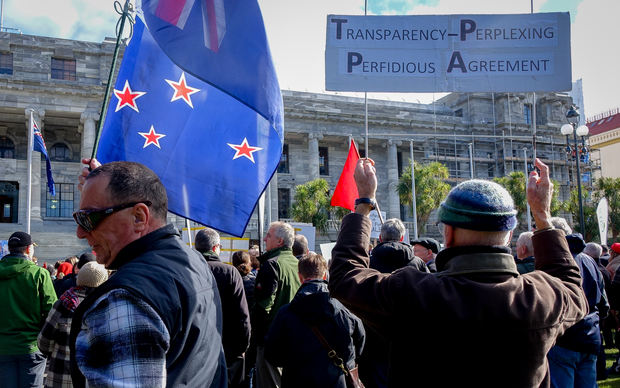 The TPP is a set of trade and investment negotiations among 12 Asia-Pacific countries to cut tariffs and improve access to markets.

It has caused major controversy, with supporters arguing it would offer huge economic benefits, and critics insisting it is heavily weighted in favour of US corporations and will undermine New Zealand sovereignty.

Four days of talks to finalise the deal stalled earlier this month after countries failed to reach agreement, but Prime Minister John Key said this week he it to be signed by the end of this year.

One of the groups protesting at Parliament today, ActionStation, said the TPP would favour foreign trans-national corporations over New Zealand businesses.

Yesterday, a protest group calling itself Show Us Ya Text stormed the Ministry of Foreign Affairs' Auckland headquarters to demand the full text of the TPP deal.

The group said it was conducting a nationwide search for the full text of the TPP trade deal, and started with the ministry's Auckland headquarters.

Several members of the group went into the offices, equipped with giant magnifying glasses, to demand the Government release the full TPP text by the end of the month. 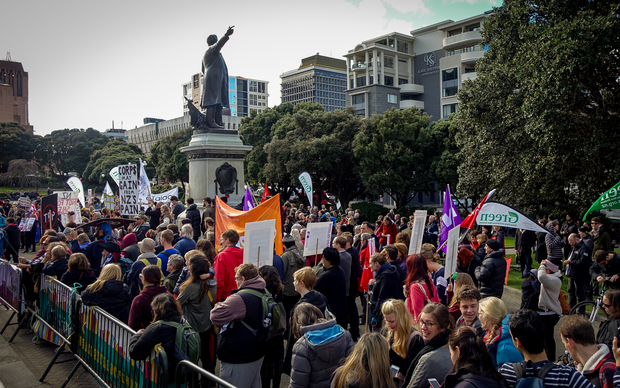