A protest group calling itself Show Us Ya Text has stormed the Ministry of Foreign Affairs' Auckland headquarters to demand the full text of the Trans-Pacific Partnership (TPP) deal. 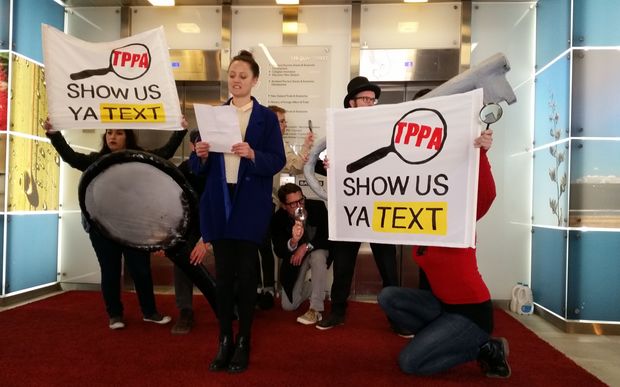 The group said it is conducting a nationwide search for the full text of the TPP trade deal, and started today with the Ministry's Auckland headquarters.

Several members of the group went into the offices, equipped with giant magnifying glasses, to demand the Government release the full TPP text by the end of the month.

Spokesperson Lizzie Sullivan said it was undemocratic for major decisions like the TPP to be made behind closed doors, without the public knowing what they were signing up for. 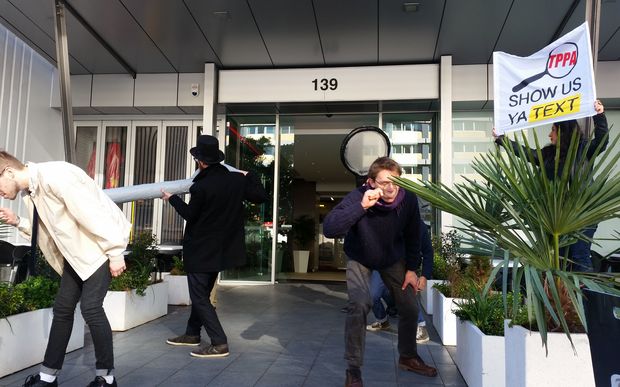 Talks between the US and 11 other Pacific Rim countries stalled at a meeting in Hawaii earlier this month, but Prime Minister John Key said yesterday that he expects the deal to be signed by the end of this year.

The TPP has caused major controversy. Supporters argue it would offer huge economic benefits, while critics say it is heavily weighted in favour of US corporations and will undermine New Zealand sovereignty.