The Government is being accused of cutting Auckland Maori out of the opportunity to have first dibs on land being sold for development.

About 500 hectares of Crown land is to be freed up to build new homes under plans announced in last month's budget.

Under the arrangements, ownership of the land would transfer within the Crown, and then be sold under the Housing Act.

So the ownership of the land would transfer to a developer, only at the point that a completed house was ready for sale.

Ngati Whatua told 3News it was going to its lawyers because it thought it would be given first right of refusal under its treaty settlement.

Housing Minister Nick Smith said he would encourage the iwi to get legal advice as there was no first right of refusal under the specific Crown settlement with Ngati Whatua.

"There is first right of refusal in the Tamaki Redress Act that Parliament passed last year, but it specifically makes reference to the capacity for the Government to be able to develop and sell land for housing purposes and what the Government is doing is absolutely consistent with what's in that Act." 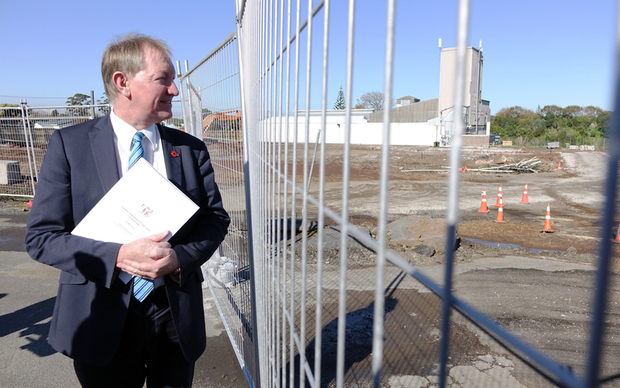 Green Party co-leader Metiria Turei said Ngati Whatua did have first right of refusal and Nick Smith was trying to slither out of the deal.

"The Government is wrong to find tricky ways to get out of that deal, it is a legal entitlement that Ngati Whatua have and no machinations by Nick Smith will relieve him of that obligation."

Labour's Phil Twyford said Nick Smith was skating on thin ice and the whole process could be derailed if iwi decided to go to court.

"I think that the minister in his efforts to circumvent Auckland iwi's right of first refusal under treaty settlement arrangements is putting at risk of judicial review his whole budget housing announcement around the use of Auckland crown land."

Ngati Whatua has reportedly asked for an urgent meeting with the Government over the matter.