Crown land on some of Auckland's iconic landmarks will be handed back to iwi under a new law to be passed on Thursday as part of a Treaty of Waitangi settlement.

Under it, many of the city's most famous volcanic cones will be managed by a board of both iwi and council representatives. 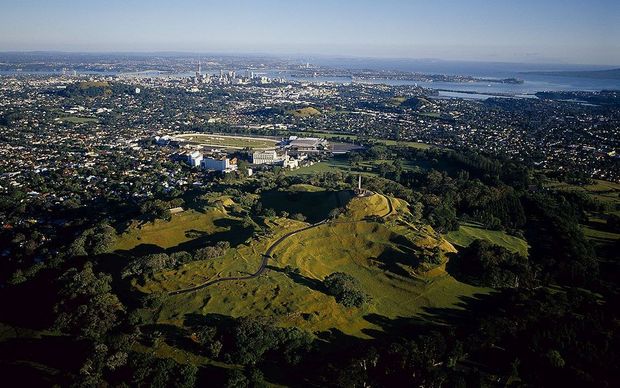 The land involved includes the volcanic cones of Maungakiekie (One Tree Hill and Maungawhau), Mount Eden and the summit of Rangitoto.

Fourteen volcanic cones will come under the ownership of the Tamaki Collective, which is made up of 13 iwi.

A further 12 will be governed by the new Tupuna Maunga o Tamaki Makaurau Authority, the maunga authority, which will be made up of representatives from Tamaki Collective and the city council.

Under the terms of the settlement, the public will still be able to access the land, which will remain reserves.

Iwi and hapu will also get the first right of refusal on selected Crown land that becomes surplus in the next 172 years.

"It will introduce into the Auckland environment a new commercial property partner, or entity, which will be the iwi limited partnership, which will operate this from a right of first refusal," Mr McEnteer said.

"The productivity and growth of the iwi can be enhanced for the benefit of all New Zealanders."

"We shouldn't be destroying them on a daily basis, as we are right now, with the unchecked tourism, grazing practices that are really just clumsy and dumb, with a lack of care and respect for our visitors that we invite here but don't give them any facilities to connect with the stories, with the people, or have a place where they can go to the toilet," he said.

Four Hauraki Gulf islands will be handed to the Taaki Collective, which will then vest them back to the crown, apart from the summit of Rangitoto and two sites associated with historical waka mooring. They are Rangitoto, Motutapu, Motuihe and Tiritiri Matangi.

The sites which will be co-governed are:

Sites which will be owned by the trustee but not co-governed: